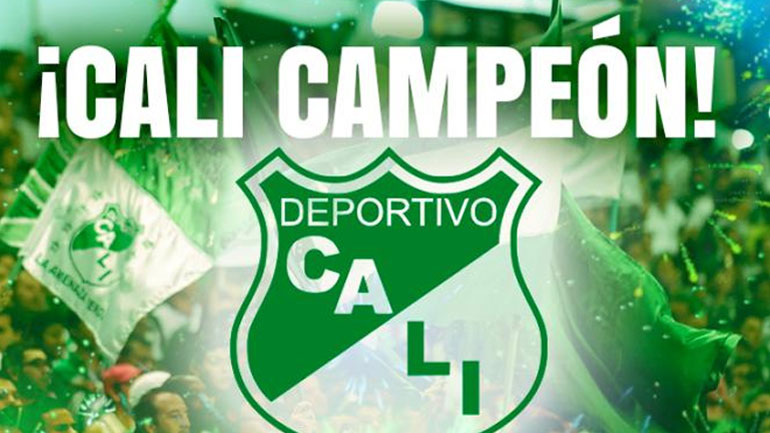 Deportivo Cali beat Independiente Medellin to win Colombia’s soccer league on Sunday after defeating their opponents with 2-1 in two legs.

The team from Cali had already won the first leg at home with 1- 0 on Wednesday, and with the 1-1 played in Medellin, they were crowned champion for the first time in 10 years.

Cali even was able to get a head start in Medellin’s home stadium after Andres Felipe Roa scored 1-0 in the 10th minute.

In the subsequent counteroffensive, Medellin’s Charles Monsalvo was able to score, but his team lacked the pressure to overtake their rival.

Vladimir Marín even had the chance to put the score back in favor for Cali when the team was awarded a penalty kick, but he missed.

Immediately following the away victory, Cali fans across the country celebrated their teams’ ninth star.