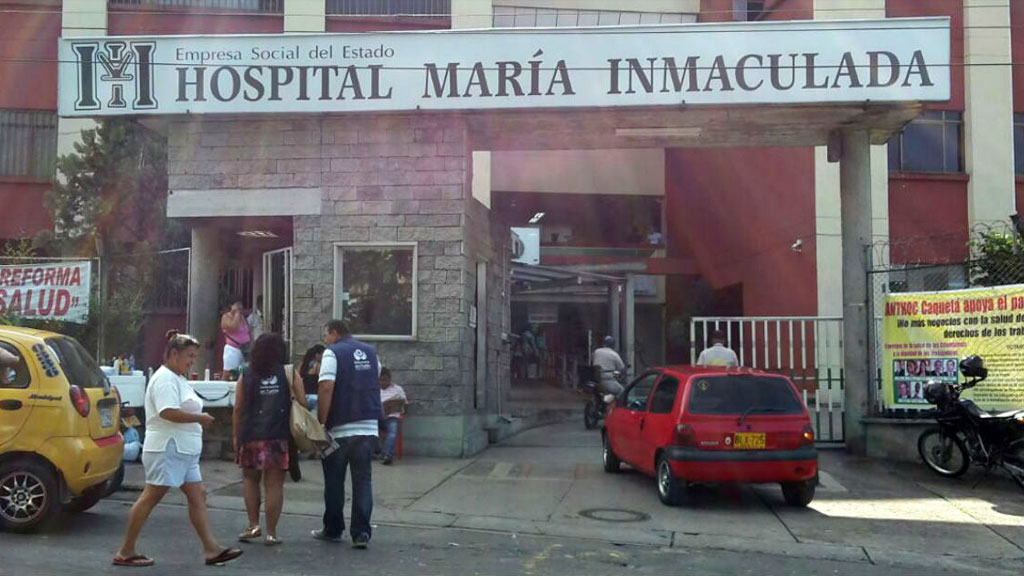 Hospital where doctors are trying to save the live of the only survivor of the massacre (Photo: Semana)
News

Unknown perpetrators have executed four of five children of a family in southern Colombia. Local media alleged that a land dispute of the parents could be the motive.

According to local newspaper La Opinion, the parents had gone to the city of Florencia to register their children for school when armed men arrived at the home.

Four of the children, aged 4, 10, 14 and 17 years old were killed by a shot to the head. A 12-year brother of the victims was later found in critical condition and immediately transported to a nearby hospital.

Other local media reported that the massacre would be the revenge over a land dispute between the parents and an undisclosed party.

This was confirmed by local chief of Police Colonel William Alberto Boyaca, who told Caracol Radio that there has been a history of tensions between the family and neighbors.

Television station RCN reported that local authorities assume that the perpetrators had arrived at the home at 4AM in the morning, hoping to find the parents. However, when finding the parents away to the city, they decided to execute the children.

“We deeply regret this act and invite everybody to peace and friendship,” Governor Hugo Rincon told the television network.

Local authorities offered a $10,000 award for information leading to the perpetrators. The parents of the victims were granted police protection.

The family had only been in the township of El Condor where the homicide took place for two years after having been displaced from a nearby town by the FARC, Colombia’s largest rebel group that exercises considerable control over the area.