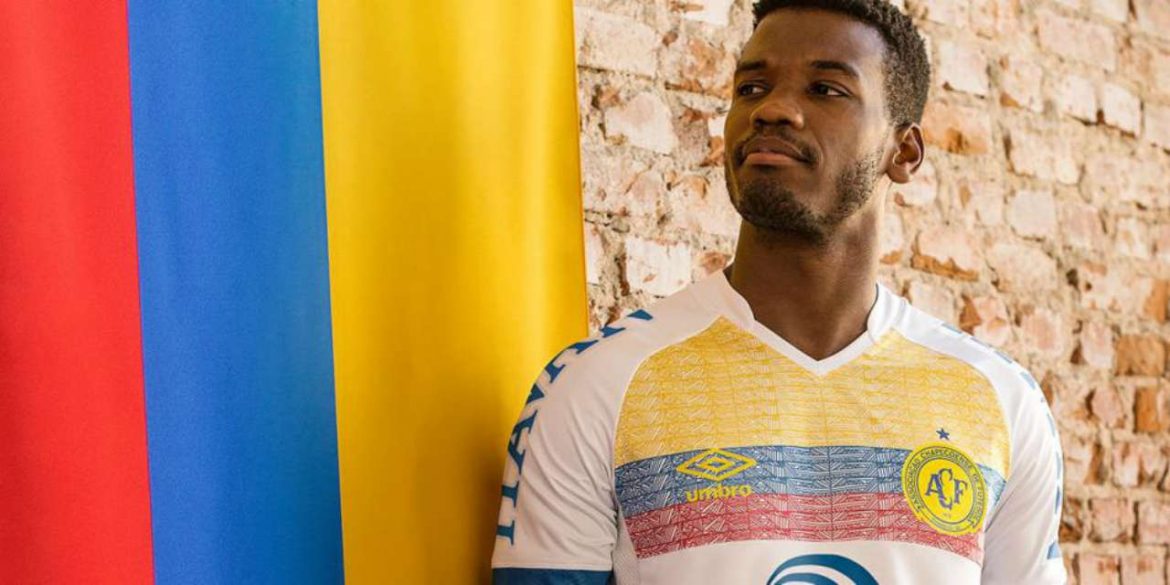 Brazil soccer team Chapecoense on Friday presented a new jersey that pays tribute to Colombia for the country’s support in the aftermath of a 2016 airplane crash that killed almost all players.

The new jersey features the Colombian flag, which the soccer team said represents passion, which “unites Chape fans and Colombia.”

Seven Brazilian teams that are sponsored by the Umbro brand will be wearing other countries’ flags in the light of the upcoming World Cup.

Chape’s choice to pay tribute to Colombia is particularly emotional after the majority of the team’s 2016 selection died in the mountains near Medellin while on their way to a Copa Libertadores match.

The Colombian flag on the Brazilian shirt “transmits the peace and harmy between the people of both countries,” the soccer side said.

The team’s logo also changed color from green to yellow for the season.