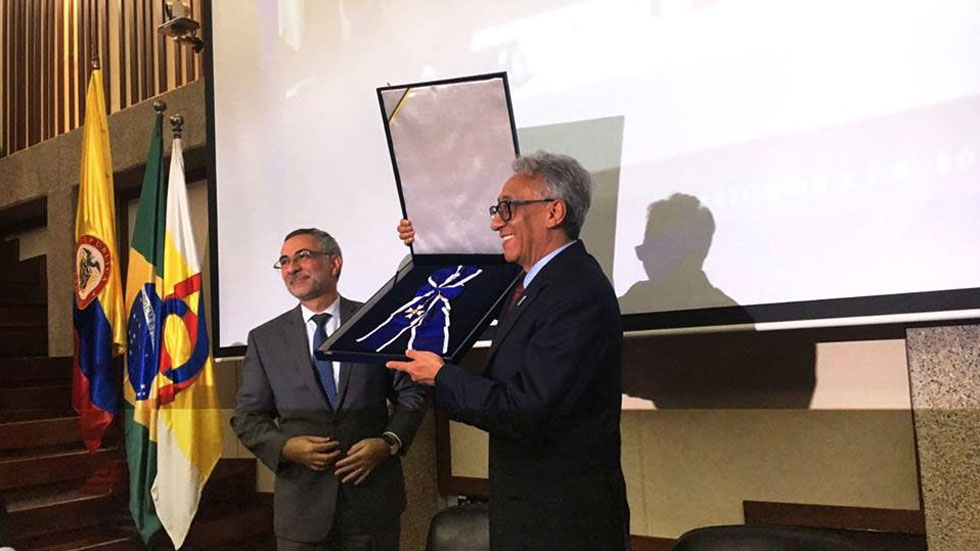 Brazil’s ambassador to Bogota, Julio Glinternick, granted the award to Mexican Examiner General Carlos Eduardo Valdes “in recognition of the generosity, excellence and care” of his office in the days after the tragic plane crash just outside of Medellin.

The honorary medal is usually given to prominent people, not institutions, but the Brazilian government wanted to honor the Colombian institute for its work after the tragedy that shocked both countries.

In fact, the last time an institute received the honor was in 1913, according to the Brazilian embassy.

Somehow, after the accident there was a series of miracles and the work of the Medical Examiner’s Office was one of them.

Following the November 29 crash, The Medical Examiner’s Office was in charge of identifying the victims to make sure their distraught families would be able to bury their loved ones within the shortest period of time.

“In little more than three days, 70 victims were ready to return to Brazil and with a quality of service that has no precedent Glinternick told the visibly moved Valdes.

The Medical Examiner General was quick to relay the honor to those employees working on the forensic investigation of the tragedy.

The institute is not used being thanked for all it does on a daily basis, all the efforts of its officials. The generosity of the Brazilian people knows no boundaries.

Valdes also expressed gratitude for the work carried out by the National Police, airport authorities, the Medellin mayor’s office and the Prosecutor General’s Office, all somehow involved in the investigation of the tragedy.

According to the Brazilian ambassador, the tragic event ultimately brought both nations closer together.