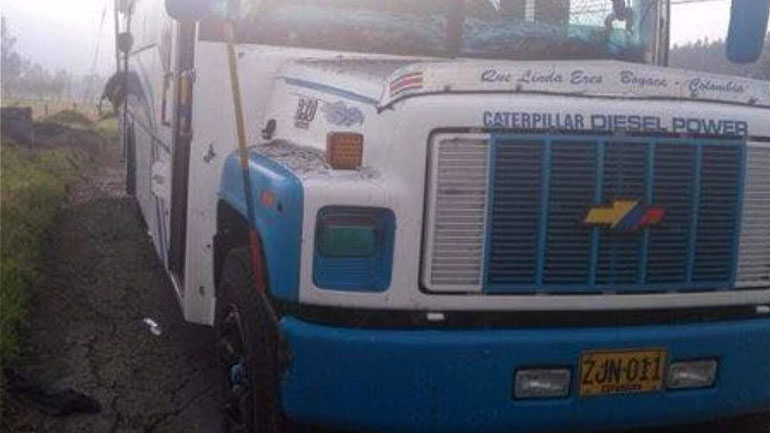 A small bomb exploded near Bogota‘s private Guaymaral airport on Monday morning, just when a bus transporting members of the Navy passed. Five members of the security forces were injured.

According to Defense Minister Luis Carlos Villegas, authorities believe the bomb had a “publicity purpose” as the 500 grams of explosives that were used were not sufficient to cause significant damage.

Villegas would not point fingers at a possible suspect, and said authorities are investigating the attack to come up with a clearer hypothesis on suspected perpetrator and motive.

Bogota’s Security Secretary. Daniel Mejia, told newspaper El Tiempo, his office was going through the airport’s security camera footage to see if perpetrators appear in any of them.

In the past, both leftist guerrilla groups and drug traffickers have targeted the security forces, often with dead soldiers or policemen as a result.

Of the leftist rebel groups, the ELN recently stepped up its attacks in an apparent attempt to influence ongoing preliminary peace talks.

The country’s largest rebel group, the FARC, has not carried any attacks over the past three months as government and rebel negotiators have come inching closer and closer to a final peace deal.