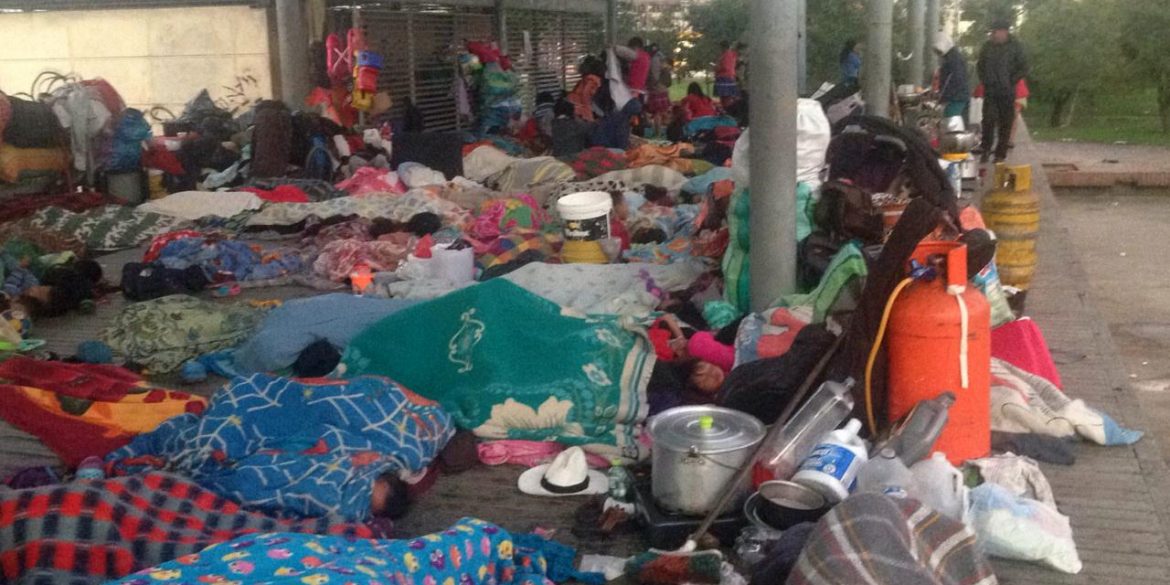 Bogota’s city government on Tuesday vowed it would guarantee the safe return of hundred of displaced people that have been stranded in the capital without food or shelter for weeks.

Following uproar in the media about the inhumane and life-threatening conditions in which the people were surviving in the capital, Bogota Mayor Enrique Peñalosa vowed his office would facilitate their return to the western Choco province from where they were displaced.

Earlier this week, the country’s Ombudsman’s Office moved the group of at least 500 people from the Tercer Milenio Park to the La Florida Park where they had shelter and access to potable water.

Until then, the displaced indigenous families had been living next to thousands of homeless people — many of whom suffering drug addiction — that caused a major security threat. 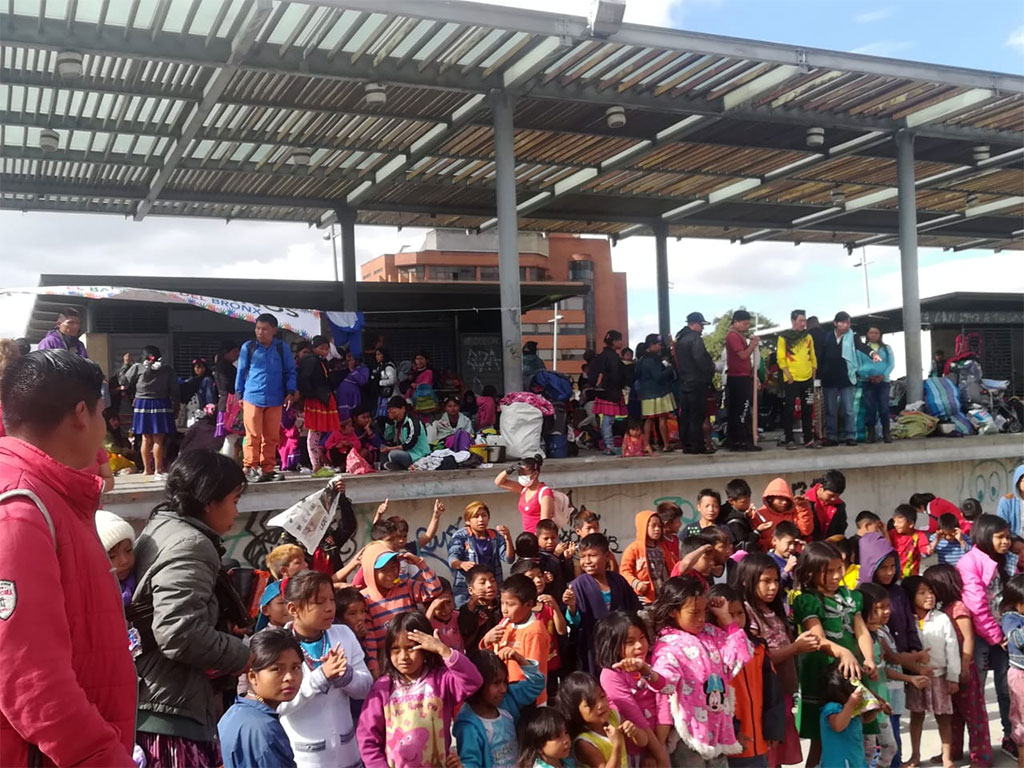 According to DW journalist Alexandra Correa, who initially denounced the situation, the situation at La Florida Park isn’t much better as the hundreds of people have access to only one water source and no mattresses.

“Why do you maintain this attitude towards the indigenous? They are no animals for god’s sake,” the journalist wrote on Twitter.

Amid the growing media pressure, Bogota city hall vowed to work with national authorities to begin returning the first 400 of the displacement victims to the Alto Andagueda indigenous reserve on Thursday. The remaining people “will be returning before the end of the year,” Bogota’s Secretary General Raul Buitrago, told media.

The National Victims Unit, which has been promising the indigenous’ return for weeks, said that it would take charge that the displacement victims can return to their reserve safely and receive support to resume their lives in their native territory.

It is not only what we organize here, it is also the arrival to the territory. There they must be guaranteed certain alimentary and lodging conditions… This has been a process of several months, the fruits of which we will be announcing this weekend.

The indigenous were forced to flee their reserve in the Pacific jungles years ago amid violence between illegal armed groups and extreme weather conditions.