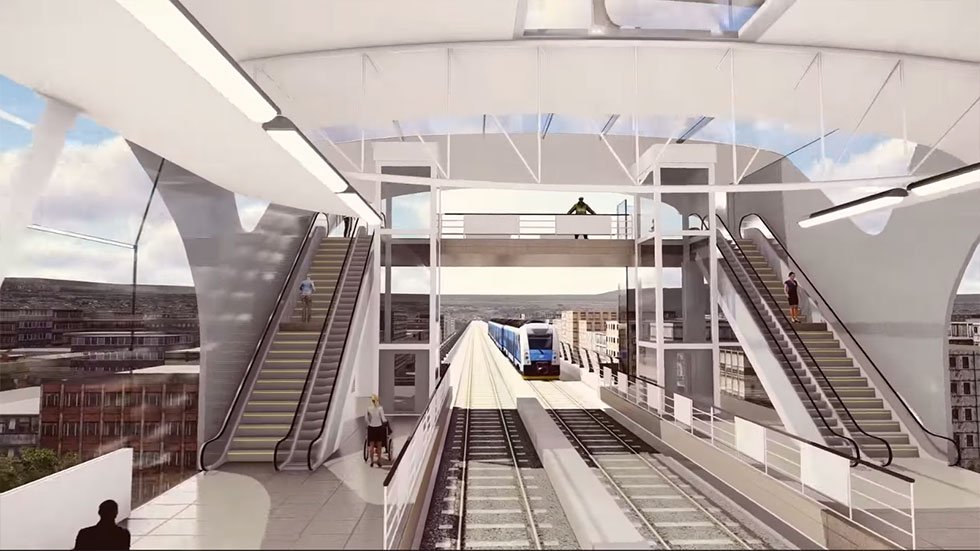 Colombia’s capital Bogota presented a completely new plan for a one-line and above-ground metro some 70 years after such mass transit system was first proposed.

Mayor Enrique Peñalosa had already thrown years of preparations for an underground metro in the garbage bin immediately after taking office on January 1.

Together, the mayor and the president on Saturday proposed a completely revised above-ground metro line that goes from the Las Americas terminal in the west of the city over the Avenue Primer de Mayo to the eastern Avenue Caracas.

In spite of just having binned years of work that had already been granted national government financing, the president assured Bogota’s residents that “the metro will happen. The metro is a true commitment.”

Santos in May last year approved the construction plans for an underground metro as proposed by the former mayor and committed to assume 70% of the costs.

However, the plans were later suspended by the National Finance for Development agency, which claimed that the 2017 start date for construction was too ambitious and that the finances were not secured.

Peñalosa was elected mayor two weeks before the suspension and while campaign he already had vowed to scrap Petro’s ambitious plans and prepare the construction of a metro with parts below ground and others above, partly to save money.

According to the proposal presented on Saturday, the entire metro system will now be constructed above ground, saving the $1.3 billion of the construction costs Petro’s $7 billion plan was short.

Peñalosa and Santos said that the construction of the metro will begin in 2018 and that the first two phases of the line, from Las Americas to the 72nd, would be finished by 2022.

The construction of the Metro de Bogota has been the subject of debates and studies since the 1950s when the collapse of the Bogota Tramways made evident the need for a modern form of mass transport for the fast-growing metropolis.

Until now, Bogota, a rapidly expanding metropolitan city, has been forced to depend solely on a weathered bus system to provide transport for some 7 million people each day.

Bogota remains a city plagued by poor public transportation systems, resulting in congestion and saturation of public vehicles and routes in one of the world’s most populated cities.

Additionally, Bogota has elected a number of wayward mayors who have all made drastic turns on their predecessors’ plans.

To make matters worse, one of the former mayors, Samuel Moreno, is in jail awaiting trial after allegedly embezzling millions in public transport development funds.

His alleged schemes have delayed construction of the city’s mass transit bus system, the Transmilenio, for years.