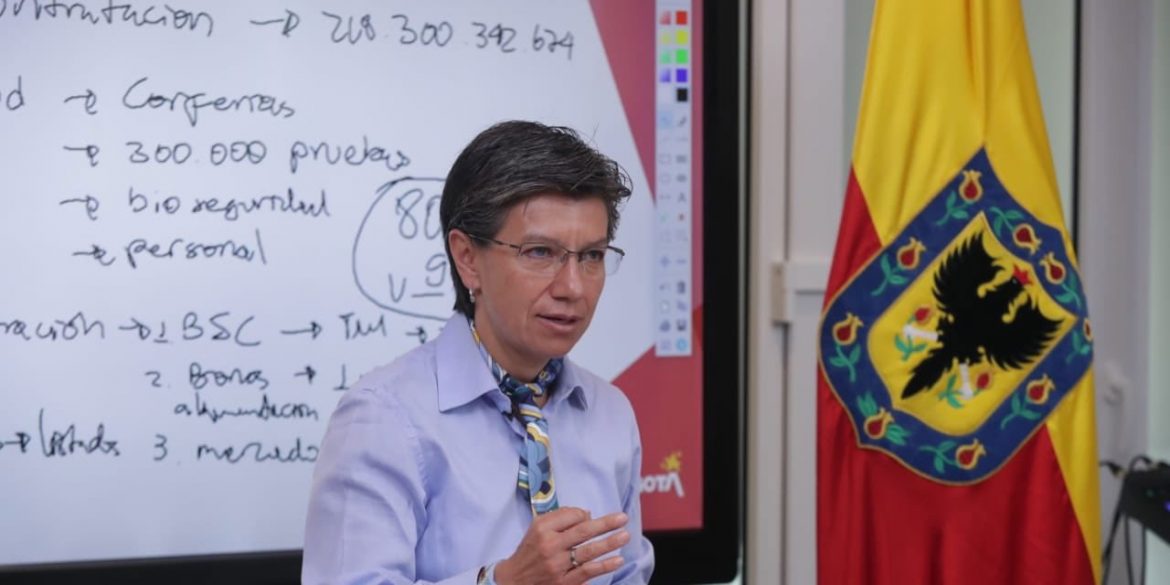 The mayor of Colombia’s capital Bogota said Tuesday she will not reopen the construction and manufacturing sectors next week as proposed by President Ivan Duque, but will do so gradually.

Duque said Monday he would allow the reopening of the sectors that employ some 5 million people, adding on Tuesday that local and regional government would be responsible for monitoring compliance with biosecurity protocols.

According to Bogota Mayor Claudia Lopez, opening both sectors at once is “not possible” and that she would gradually authorize the reopening of factories.

It is not possible to reactivate the construction and manufacture sectors in Bogota at the same time on Monday. The first generates 560,000 trips per day and the second 567,000 trips per day! Both of these would greatly increase the health risk for workers.

“Following the national protocol,” Lopez said she will define the “specific condition and dates for each business” to open its doors in the capital.

Before Duque’s announcement to allow the reopening of the manufacturing sector, Bogota’s mayor had already said she would first open bicycle repair shops to minimize pressure on the capital’s public transport system.

Lopez suggested that other cities should follow her example in an ongoing power struggle between Colombia’s two most powerful public officials.

Mayors and governors rebelled last month when Duque unconstitutionally tried to usurp their powers and revoke local and regional measures to slow down the spread of the coronavirus.

Medical personnel are furious with the government, claiming that staff have yet to receive personal protection equipment that would allow them to treat a more widespread outbreak.

Other cities ambiguous on how to proceed

The mayors of other major cities like Medellin and Cali did not immediately say  how they would proceed after initially expressing reservations about the government’s plans to restart the two sectors that generate most employment.

Medellin Mayor Daniel Quintero initially applauded  Duque’s decision to extend the quarantine and warned  that between two and three million people could be infected by the coronavirus in his city’s metropolitan area.

Cali Mayor Jorge Ivan Ospina maintained strict restrictions of movement in the country’s third largest city, allowing only a limited number of people to leave home to go to the bank, and buy food and pharmaceutical supplies.

Neither immediately responded to the president’s more detailed explanation of the protocols for the manufacturing and construction sectors.

All seem keen to prevent a rebellion like last month, but the mayors are more concerned about whether their regional health systems will hold when reopening the economy is expected to accelerate infections of the coronavirus pandemic.