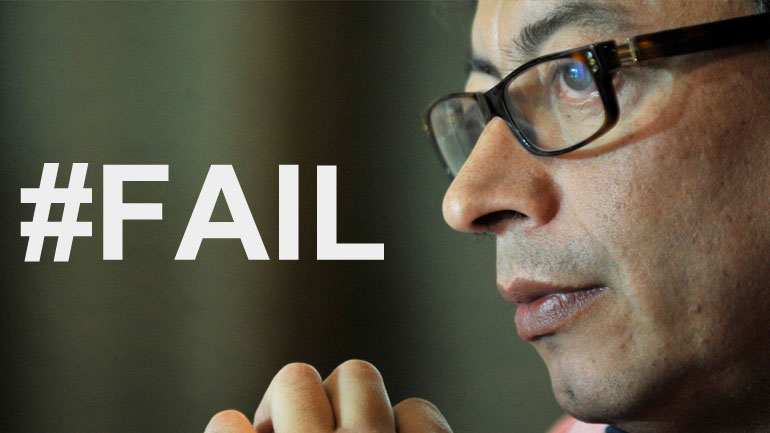 Bogota mayor Gustavo Petro will not be able to reach more than half of the priority goals before the end of his term on December 31, a watchdog said Wednesday.

The leftist mayor was elected in 2011 amid promises he would push forward infrastructure projects and end the years of corruption preceding him taking office on January 1, 2012.

However, with less than half a year before the end of his term, not even half of the projects defined in the municipal Development Plan, or POT, look like they will be executed as promised.

“Thirteen of 15 goals in the mobility sector will not be reached,” said District Oversight director Adriana Cordoba when presenting the report on the local government’s effectiveness over the past three and a half years.

In total, the watchdog monitored 59 of the goals set in Petro’s development plan. Of these 59, 29 are not even at 50% of being finished, five are at risk for not having reached 75% of their completion. Only 22 of the set goals are likely to be reached.

Petro was relatively successful in social integration projects in line with his promises to reduce inequality and offer a better life to the poor in the city. Nevertheless, poverty in Bogota has hardly decreased while inequality paradoxically increased.