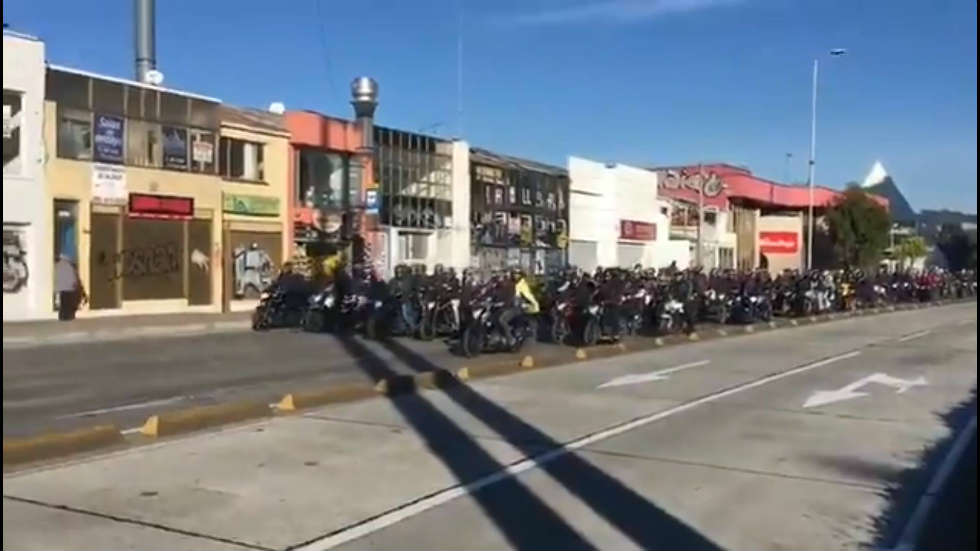 Thousands of motorbikes shut down traffic in Colombia’s capital Bogota on Friday after the city’s mayor banned male pillion passengers in a desperate effort to curb crime.

Local media reported that between 3,000 and 5,000 motorcyclists took part in the protests that began on Thursday and expanded on Friday.

Police seized 94 motorbikes and 216 people were fined, according to local authorities.

Violent clashes were reported at at least one of the roads that were blocked. Three people were injured, according to Blu Radio.

The National Ombudsman announced talks between the administration of Mayor Enrique Peñalosa and the motorcyclists for Monday.

Peñalosa banned male pillion passengers in much of the city, claiming that street robberies committed by motorcyclists went up from 3.3% to 5.6% between 2016 and last year.

Robberies went up 60% in the capital last year and are putting even more pressure on the already unpopular mayor.

The motorcyclists claimed they were unjustly stigmatized and questioned the effectiveness of the measure that was banned in Medellin, Colombia’s second largest city, for being “neither proportionate nor reasonable.”

A ban on pillion passengers in the country’s third largest city, Cali, is still active.

The measure was commonly used in the 1980s and early 1990s when drug lord Pablo Escobar used assassins on motorcycle to kill politicians, policemen and rivals.