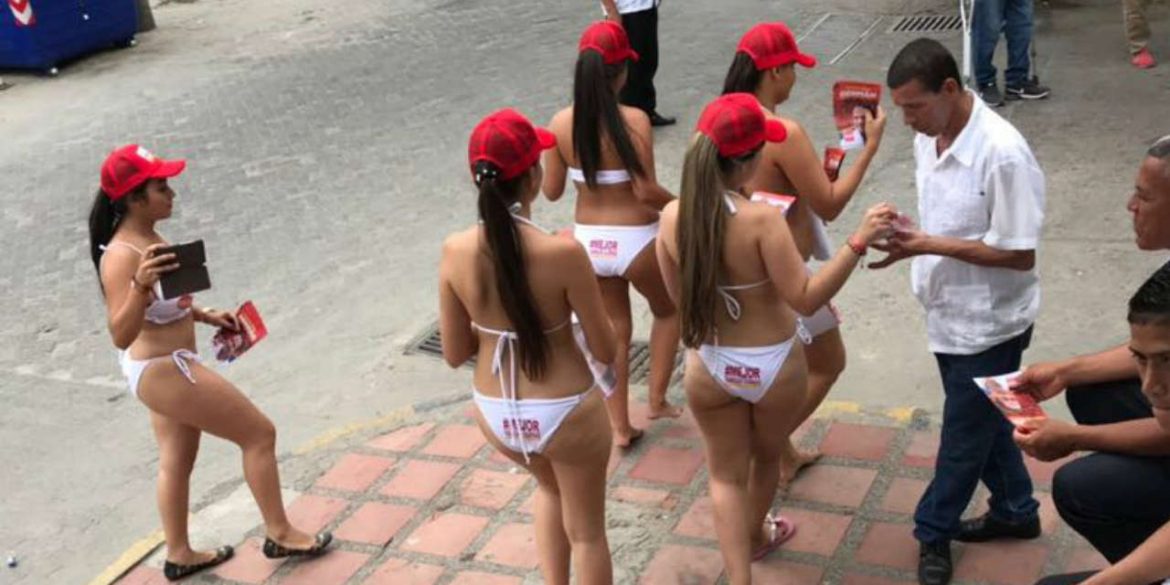 Photos of women in bikini promoting the candidacy of Colombia’s former vice-president triggered another major controversy on Friday, just weeks before the May 27 presidential election.

Without exception, all campaigns criticized former VP German Vargas for resorting to sexism in the hotly contested presidential race.

This is the kind of political exercise that disrespects and despises the intellectual contribution that women must make to the progress of Colombian society.

Vargas, however, quickly distanced himself from the campaign and claimed he was the victim of dirty campaigning by the Duque campaign.

“Why are you waging this dirty war against my campaign?” Vargas wrote Duque on Twitter.

The former VP published an image of an alleged Whatsapp group in which alleged campaign workers of Duque’s running mate were instructed on how to maximize benefit from the scandal.

The Duque campaign had already been disgraced by videos in which campaign workers were seen giving away free lunches and paying people to take part in political rallies.

Former Governor Luis Miguel Cotes, whose family is in charge of the Vargas campaign in the Magdalena province, also rejected the use of sexist strategies in the political campaign.

“We strongly reject these kinds of practices,” said the politician whose political career has been stained by election fraud allegations.

Vargas called on authorities to act “so that these facts can be investigated and those responsible for this smear campaign can be found.”