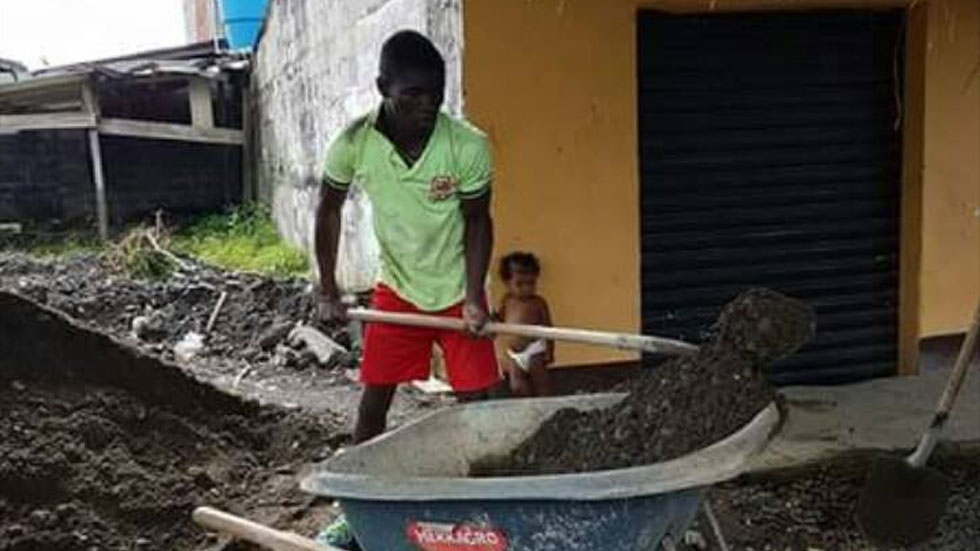 With the same hands and perseverance that delivered him silver at the Olympics, Colombia boxer Yuberjen Martinez is now constructing the home for his mother he dreamed to earn in Rio de Janeiro.

“The money I make with bronze isn’t enough for the home I want for my mom, which is why I’m going for gold,” Martinez irreverently said on Facebook after surprisingly making it to the Olympic final of the light fly category.

Just another black guy from the middle of nowhere

Martinez is from Chigorodo, a small town in the banana-growing region of Uraba in the Antioquia province.

His father, a pastor, disapproves of Martinez’ passion for boxing “because it is about hitting your neighbor,” the sportsman told curious media after his entry to the world stage of sports.

The sportsman himself is also contorted about the force necessary to obtain victory in boxing. He prays for forgiveness after each match for having hurt a fellow man, he said.

Chigorodo knows everything about violence already. It lies in the middle of a region where left-wing guerrillas, right-wing paramilitaries and drug traffickers have been active for decades.

But Martinez, like many in the poverty-stricken Uraba region, is resilient. And above anything else, he is humble.

His dream was never about winning medals. His medals had a purpose; he wanted to get the money to build that home for his mother.

“The road’s been long but I’ve always known what I wanted. Now, with the money of the medal I am going to buy a home for my mom.”

After Martinez reached the final, Colombia’s Housing Minister offered help from the national government to fulfill his dream disregarding the results of the supreme fight in the light fly category.

When a journalist informed Martinez that the government had promised to step in to make sure his mother would get the “superbig and classy” home he had been boxing for, the sportsman broke down in tears.

He knew he had fulfilled his purpose well before the final.

After the wave of fame had passed and Martinez was done with the obligatory photo op with the president he found himself back in Chigorodo, the town in the middle of nowhere he and his family have always lived.

Martinez may have made some fortune and plenty fame in Rio, but none of that changed the humble and charmingly irreverent character that has stolen the hearts of many Colombians.

He first secured the lot for his mother’s home. After that, Martinez’ hands, the ones that brought him glory in Rio, took up the shovel.

On Friday, with his his now-famous irreverence, Martinez published photos of the first day of the manual labor, announcing he, “with the help of my buddies and family members,”  had begun building the foundation of his mother’s home.

It’s not that the government hadn’t kept its word about helping to build a house, because it did. The building materials arrived late last week and workers were expected to begin construction in the coming week.

But the 24-year-old Martinez doesn’t like to rest on his laurels, so he decided “to give a hand” and proceed with the actual construction himself, again stunning the country with yet another display of his admirable humility.

Ten years after he took up boxing and 32 days after climbing the pedestal in Rio de Janeiro, Martinez literally laid the first brick of his mother’s home.

The sportsman didn’t win gold, but he couldn’t have been more victorious. The construction of his long-time dream has begun.