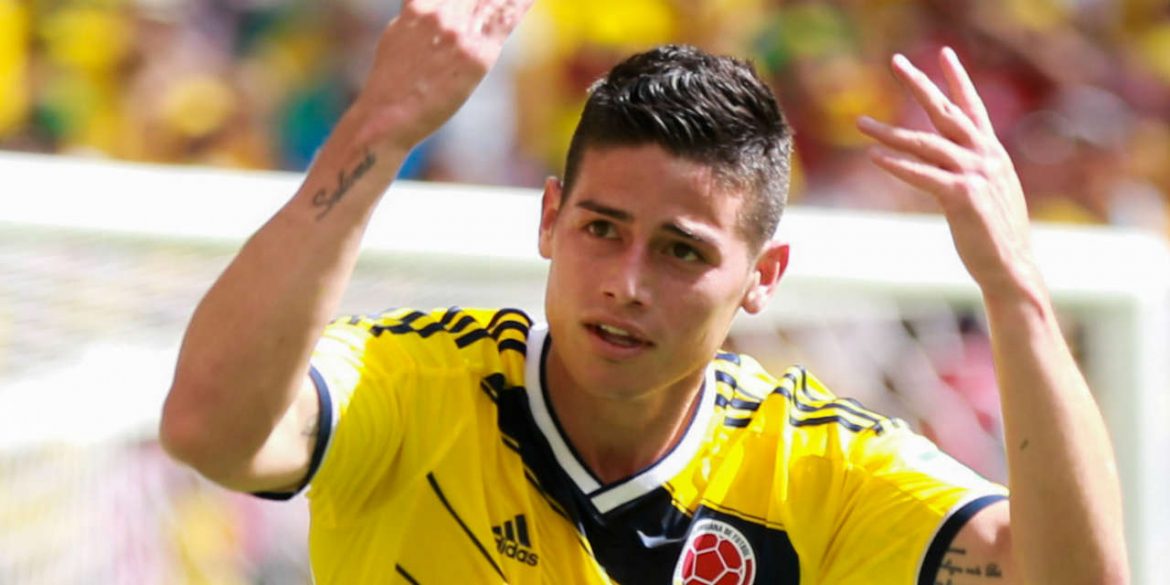 The CEO of Germany’s Bayern Munich on Monday dispelled reports that the club is set to buy Colombian international James Rodriguez on a permanent basis.

James moved to Bavaria last summer on loan from Real Madrid and Spanish sports outlet La Marca claimed that on Sunday that the Germans are poised to pay his $51 million purchase option to make the move permanent.

Karl-Heinz Rummenigge however played down the claims insisting that there will be no immediate move to alter the two-year loan deal that sees Bayern pay almost $8 million annually for the services of the Cucuta-born star.

“There’s absolute clarity regarding his contract situation,” Rummenigge said to reporters at Munich’s airport before Bayern flew to Sevilla for the first leg of the Champions League quarterfinal.

“We have a two-year loan deal and then we have a €42 million option to buy to take up. There isn’t any hurry,” he added.

After top scoring at the 2014 World Cup, James was snapped up by the Spanish giants Real Madrid in a $98 million deal with the attacker enjoying an excellent debut season under Carlo Ancelotti scoring 17  goals and registering 18 assists in all competitions.

The former Envigado player subsequently fell out of favor with new coach Rafa Benitez and later with current coach Zinedine Zidane falling down the pecking order and seeing his game time dramatically reduced.

It was the Italian Ancelotti who again swooped for James last year as manger of Bayern and despite early difficulties, the Colombian has enjoyed something of a revival under current boss Jupp Heynckes.

Rodriguez notched up his fifth goal in 18 appearances in the German Bundesliga on Saturday, taking his assist tally to double figures after setting up Thomas Muller and Franck Ribery in a 6-0 win over rivals Borussia Dortmund.

“We are totally happy with his development, especially since Jupp Heynckes took over,” said Rummenigge asked about the 26 year old.

“It was a very, very good transfer and I have to thank Carlo Ancelotti once again,” added the two-time World Cup runner-up.

James is expected to be a part of the Bayern side that will play Sevilla in the first leg of the UEFA Champions League quarter-final on Tuesday.

The return to form of the playmaker could not have come at a better time as Colombia’s national team prepares for this summer’s World Cup in Russia.

The talisman forms part of a devastating attacking trio made up of record goal-scorer Radamel Falcao and Juventus star Juan Cuadrado.

The South Americans will face group stage games against Japan, Senegal and Poland in this summer’s World Cup after being drawn in Group H.