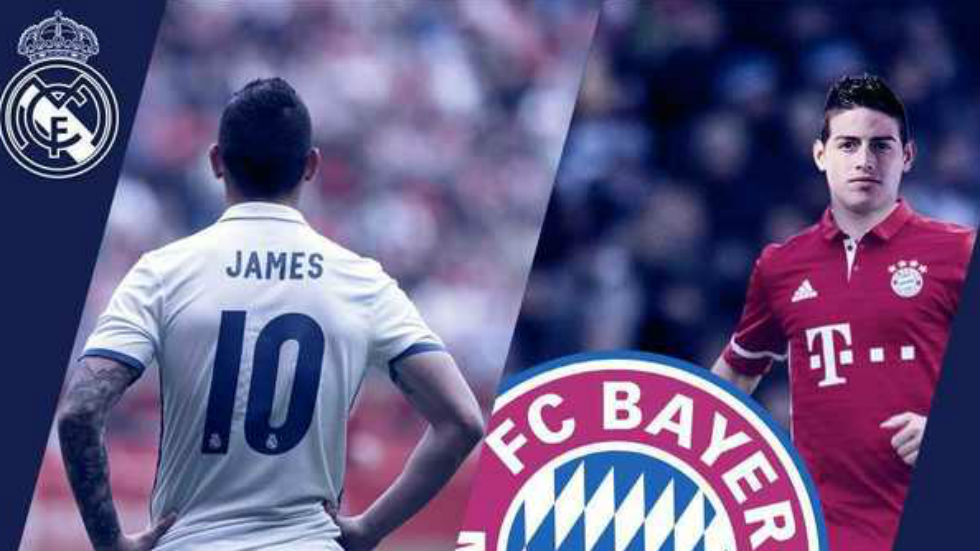 The Cucuta-born star will link up with his old boss Carlo Ancelotti who signed him for the Real Madrid in 2014 with the Bundesliga club having the option to purchase James outright once his loan deal ends in 2019.

“We are very happy that we have managed to conclude this transfer. The signing of James Rodriguez was the big wish from our manager, Carlo Ancelotti, after the two of them worked together successfully at Real Madrid,” said Karl-Heinz Rummenigge, the Bayern chairman.

“James is a very versatile player. He scores a lot of goals himself and is also able to set up goals and sets overall high standards. We have, without question, heightened the quality of the squad with this transfer,” he added.

Rodriguez will join up with the Bayern squad immediately and travel with his new team-mates on the 12-day tour in China and Singapore.

This will allow James to get some game time with the German outfit in pre-season friendlies against Arsenal, Milan, Chelsea and Inter in the International Champions Cup, and Liverpool in the Audi Cup.

The move brings months of speculation to an end after the attacking midfielder was continually linked with a move to Manchester United as well as rumors of a swoop from the likes of Chelsea.

However, Spanish daily sport outlet Marca is reporting that Bayern will be contractually obliged to pay the Spanish club $68 million in 2019 to retain the former Monaco midfielder.

His omission from Real’s Champions League final squad was perhaps the clearest indication that the exit door was looming but the former Envigado player will hope that a reunion with Ancelotti will rejuvenate his career ahead of the World Cup in Russia next year.