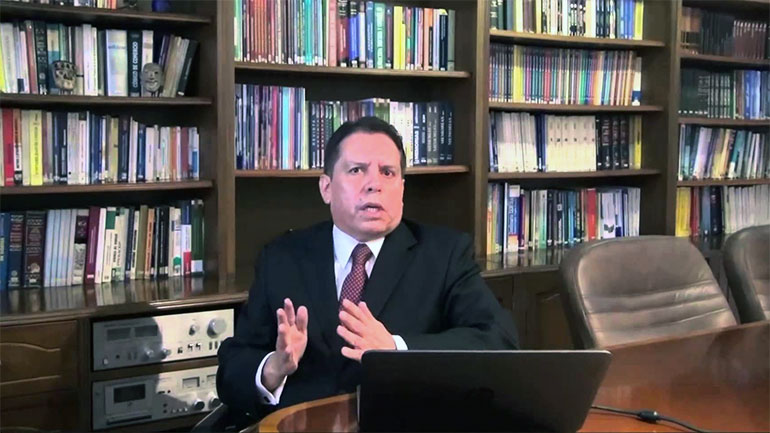 Police have found the body of the fiscal auditor of Colombia’s largest health intermediary stabbed to death in his bathtub, authorities said Tuesday.

The body of Luis Alfedo Caicedo, also an executive for Bogota soccer team Millonarios, was found tied and stabbed inside a jacuzzi in his him in the center of Bogota.

According to newspaper El Tiempo, investigators found signs of violence beyond the fact that both the victims’ hands and feet were tied.

Authorities presume Caicedo was the victim of robbery, but said an outstanding loan could also be the cause.

The homicide came only days after a civilian fiscal watchdog established irregularities in Cafesalud, the liquidated health company audited by the Caicedo.

Health intermediaries like Cafesalud have been investigated for years after media and authorities discovered widespread fraud that resulted in hospitals not getting paid for medical services.

Consequently, hundreds of hospitals across Colombia are at the verge of bankruptcy.

The government was forced to nationalize or liquidate a number of these health care providers, some of whom had been among the top financiers of election campaigns of congressmen who so far have failed to include a reform of the intermediaries in proposed bills to tackle Colombia’s ongoing health crisis.

Cafesalud was one the companies that had to be liquidated after years of financial mismanagement.