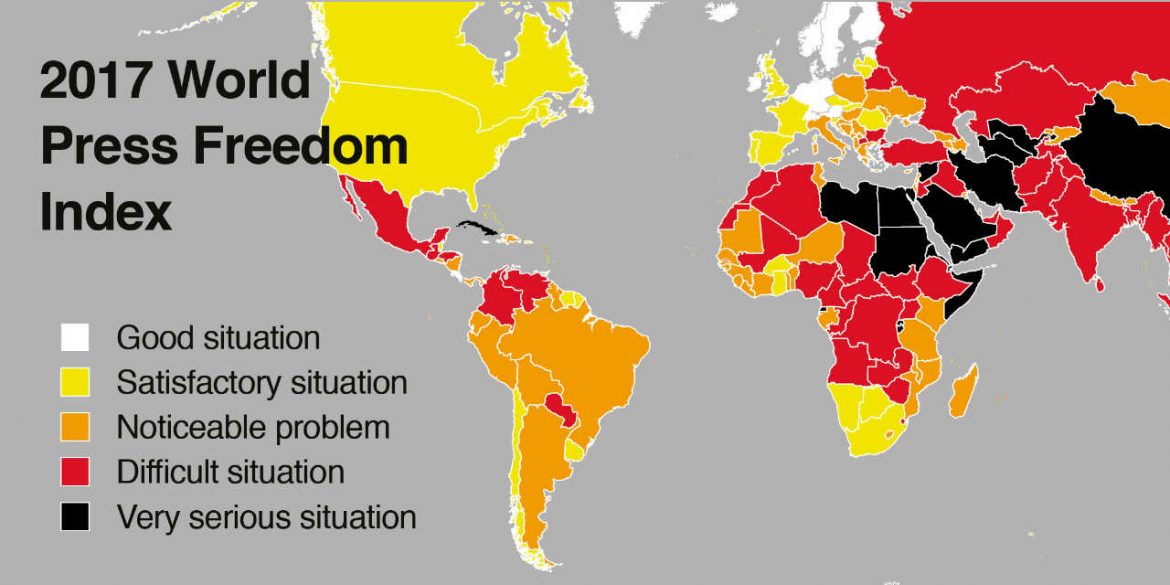 Some 150 journalists were threatened in 2017, according to Colombia’s press freedom foundation FLIP, which registered a record number of attacks on press freedom in the country.

The FLIP on Saturday released its 2017 report in which it highlighted a 43.5% increase in registered attacks against the freedom of press compared to the year before.

The general increase in attacks on press freedom is mainly due to a sharp increase in threats against journalists, according to the foundation.

Types of aggression against the press

State officials and individuals, however, have stepped up aggression dramatically.

According to the think tank, state officials were responsible for a quarter of the attacks on press freedom registered in 2017.

Perpetrators of attacks against the press

The use of threats has become an increasingly common method in attempts to silence journalists, especially over the past few years, according to the FLIP’s data.

The majority of the threats made in 2017 came from anonymous actors.

Santos: all talk and no press freedom

The FLIP bashed President Juan Manuel Santos for failing to support the press in spite of having spent decades at family newspaper El Tiempo.

The outgoing president has failed to promote or defend the freedom for press and neglected to repair journalists who had been victimized during the country’s armed conflict, according to the FLIP.

After taking office in 2010, Santos said to be “absolutely committed” to the “most noble exercise of journalism that I exercised for so long.”

But these were just words, according to the FLIP, which stressed the government’s attempts to downplay the violence targeting journalists before international courts.

Santos had all the credentials to leave a legacy, but he failed and abused the sector which, again, will have to wait for the arrival of a new government to decide to confront the silencing that, with the complicity of many, is spreading throughout the country.

According to the NGO, state institutions are failing to respond to the threats, leaving many journalists vulnerable to physical violence, particularly in the countryside.

A lack of transparency has made it impossible to verify to what extent the government has used advertising campaigns as a form to censor commercial news media.

The increase in violence and the state’s failure to protect journalists is perpetuating censorship in the country, particularly in rural areas.

According to the FLIP, almost 30% of the population has no access to information over local affairs.

According to Reporters Without Borders, Colombia’s press finds itself in a “difficult situation” because of the violence and state neglect.