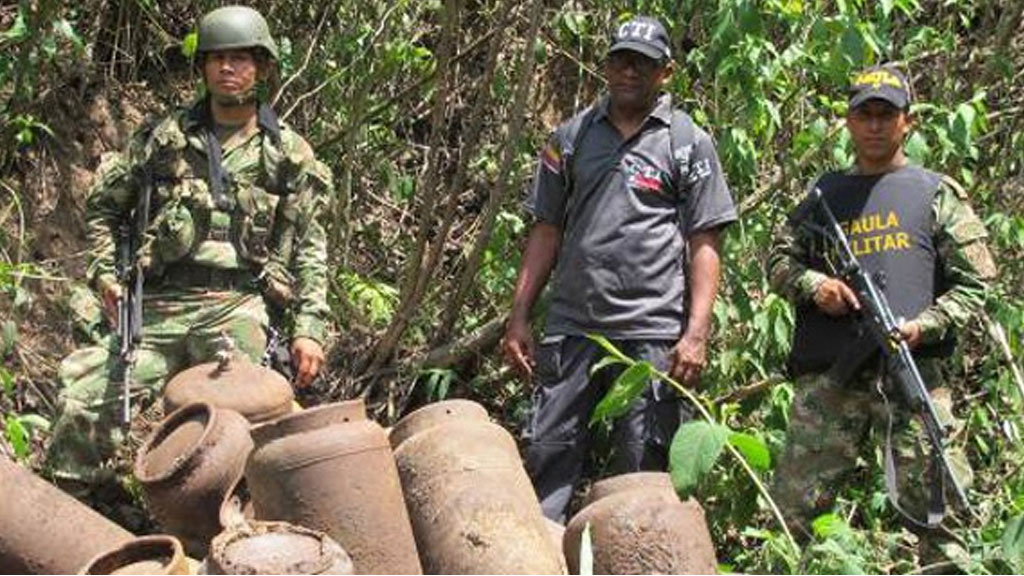 The Colombian army said on Sunday that it had seized the biggest ever collection of home-made mortars belonging to rebel group ELN.

The seizure consisted of 59 gas cylinders that rebel groups like the FARC and ELN use to attack security forces or oil infrastructure targets.

According to the military, 31 of the found cylinders had already been equipped with an explosive substance. Twelve still had the original propane gas in them.

The cylinders would found in a rural part of Jagua de Ibirico, a municipality in the northern Cesar department.

The explosives and gas cylinders allegedly belonged to the Jose Manuel Martinez unit of the ELN that is active in the region.

The rebel group is Colombia’s second largest after the FARC that, like the ELN, has been fighting the Colombian state since 1964.

The group has been holding exploratory talks with the administration of President Juan Manuel Santos since before June 2014, but both parties have continued hostilities since.