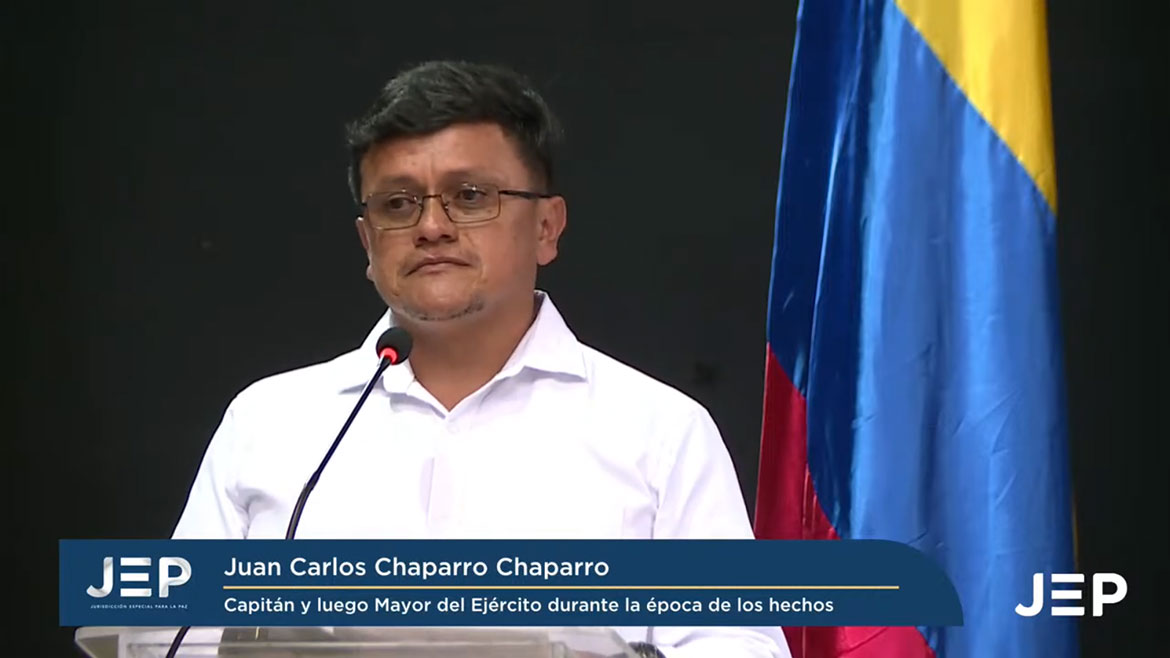 In a historic hearing of Colombia’s war crimes tribunal, soldiers and former army commanders admitted they executed 120 civilians between 2007 and 2008.

The public hearing was held in Ocaña, the informal capital of the war-torn Catatumbo region where the extrajudicial executions took place.

The emotional hearing of the Special Jurisdiction for Peace (JEP) was also attended by victims.

The families of victims of the army’s killing spree in the region were also allowed to speak in an attempt to clear the names of their lost loved ones whose deaths were reported as combat kills.

The hearing revealed that regional army units began killing civilians in 2007 due to “constant pressure” from Bogota and rewards for commanders whose units presented the most combat kills.

I cowardly murdered, I snatched away the illusion of their children, I broke the hearts of their mothers, because of the pressure to produce false results TO KEEP A GOVERNMENT HAPPY. It is not fair, it is not fair.

Some of the victims were chosen from a list that was provided by a local marihuana dealer under threat.

A paramilitary group from Cesar provided some of the weapons that were planted on the victims’ bodies to make them look like guerrillas killed in combat.

After locals found out about the practice in late 2007, the army units in Catatumbo began recruiting young men from other parts of the country to present them as combat kills.

The army units stopped executing civilians in late 2008 when the “false positives” scandal broke in the national and international press, and authorities were forced to investigate.

According to the JEP, the army executed more than 6,400 civilians throughout Colombia between 2002 and 2010 to inflate its results for the press.

The hearings of the 10 former military officials and one of their civilian co-conspirators continued on Wednesday.