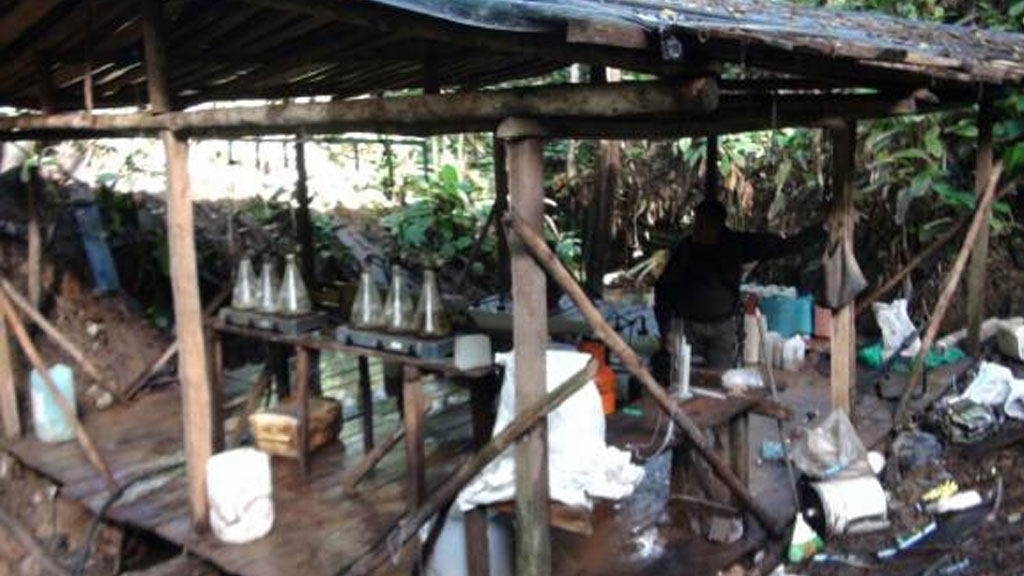 The army elite Jungle Brigade was informed of the lab’s existence in the southern Guamuez Valley, Putumayo, through rebel deserters.

The lab consisted of eight wooden shacks hidden behind tall trees, and was used as a factory for the production of the ecstasy tablets.

“For them [FARC] it was easier to move [the drugs], considering the weight and novelty of the product, to produce and export this so-called synthetic drug,” an intelligence source told El Tiempo, referring to the strategic location of the lab.

According to army sources the drug lab was large enough to generate nearly $12 million a month in product, with 2,300 gallons of solvents, a half-ton of solid chemical substance, a 1,500 watt capacity power generator, two distilleries, and food for thirty guerrillas.

Although the FARC agreed to end all narcotics-related activities, this agreement will not come into force until the FARC close a peace agreement with the government that is currently negotiated in the Cuban capital Havana.

The FARC and other guerrilla groups have been involved with the production and trafficking of illegal narcotics since the 1970’s, considering it a necessary activity to finance their war against the state.

The FARC mainly “taxes” coca cultivators, cocaine factories and drug traffickers who have to work in or go through FARC-controlled territory.