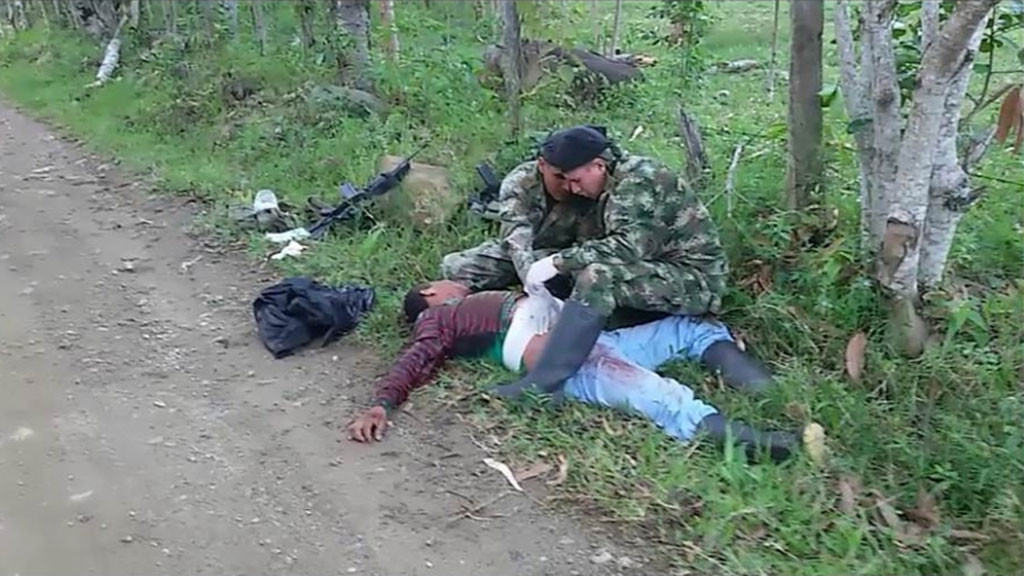 The army have arrested a leading FARC ringleader in central-southwest Colombia, authorities said Thursday only days after the guerrillas warned that attacks on units could end their unilateral ceasefire.

The arrested guerrilla, known by his nom de guerre “Richard” is allegedly the second in command of the FARC’s Teofilo Forero mobile column, an elite fighter unit led by one of the rebels’ most feared leaders, “El Paisa.”

Richard was arrested after combat between the military and the FARC near Neiva, the capital of Huila, a state in FARC-dominated territory in the central-southwest of Colombia.

The arrest of Richard and one of his subordinates comes only days after the FARC sent out an “early warning” that the army had been carrying out operations that could result in violent clashes with rebel units that have stayed at home or in rebel compounds due to a unilateral ceasefire called by the FARC last month.

However, one condition of the FARC was that the army refrain from attacking guerrilla structures. A second condition, for international observers to monitor the truce, was rejected by the government before the truce came into force.

“We alert the national opinion and the political bodies and movements that are in charge of verifying these provocative movements and deployment of troops, which only seek to create combat situations and then accuse the FARC-EP of violating the ceasefire,” the rebel group said from Havana, Cuba, where it has been engaged in peace talks with the government since late 2012.

Defense Minister Juan Carlos Pinzon reiterated the government’s refusal to hold back from military action hours after the FARC’s warning the “truce is under siege.”

“Our soldiers and policemen have a constitutional duty and a presidential order to protect the Colombian people, defend the interests of the Colombian people and persecute any threat against the tranquility, the lives, the security and the rights of every citizen,” said Pinzon on December 31.

The FARC called the unilateral ceasefire as the rebels and government are negotiating to deescalate the conflict that has been ongoing for the duration of the peace talks.

These talks were briefly suspended by President Juan Manuel Santos between November and December after the FARC captured an army general who had entered guerrilla territory unarmed and ignoring all security protocols.

Why no bilateral ceasefire?

A bilateral ceasefire would put Santos in a difficult position; The FARC is popularly believed to have actively sought to militarily benefit from a reduction in military pressure to regroup during peace talks held between 1999 and 2002.

Additionally, the state is not just fighting the FARC, but also the smaller ELN that more often than not operates in the same areas as the FARC. The ELN has been engaged in preliminary talks with the government, but these talks have not been formalized.

Both the FARC and ELN have independently been fighting the state since 1964 to violently force social change. Both groups have been able to finance the epic war through drug trafficking, kidnapping and extortion.