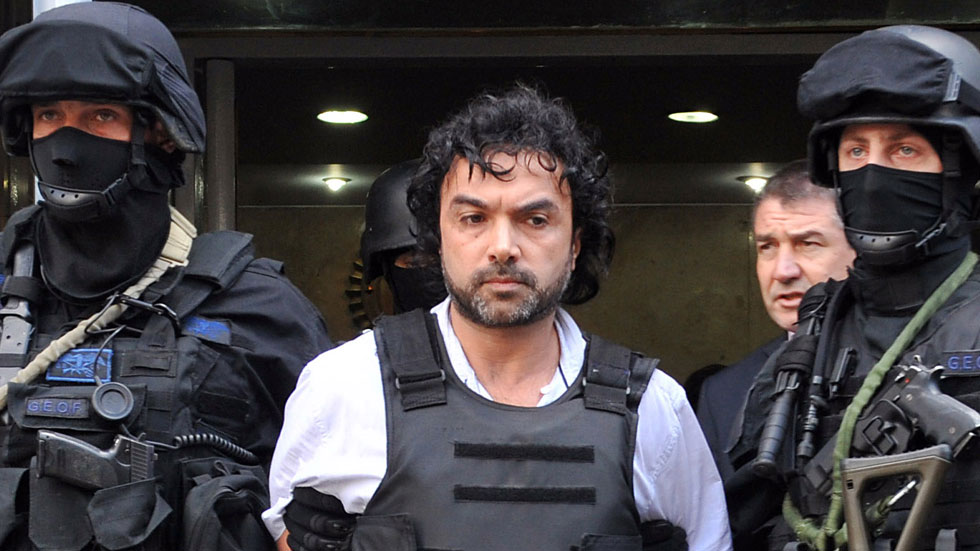 One of Colombia’s most notorious commanders of drug trafficking neo-paramilitary group AGC was extradited to the United States on Thursday, according to Argentine police.

In an operation involving Interpol, US marshals and Argentine police, Henry Jesus Lopez, known as “Mi Sangre” was transported by helicopter from the prison in the capital to a nearby airport where he was put on a plane to the US.

Mi Sangre, 45 was arrested in Argentina in October 2012 in a neighborhood of exclusive residences in Pilar north of the capital where he lived with his wife and three young children and is wanted in the US on drug trafficking charges.

According to police, he had held passports from seven countries in order to evade arrest and entered Argentina disguised as a Venezuelan businessman.

Mi Sangre is a former member of the far-right AUC paramilitary group and a former top commander in the AGC, a.k.a. “Los Urabenos,” and is also wanted in Colombia to face drug trafficking, terrorism and conspiracy charges.

During his time in prison in Argentina he made several attempts to avoid the process with appeal after appeal but now his extradition to the US will mean that he will be tried by a Court in the Southern District of Florida.

Prison authorities had become alarmed that he was hatching a plan to escape when on September 3, authorities found a detailed sketch of the prison in the hands of the lawyer of Mi Sangre, Maria Gabriela Ricagno.

In the cell of Mi Sangre they found photocopies of files, an iPhone and a portable modem hidden in a hole.

This prompted federal judge Federico Villena Lomas to initiate a cause for “attempted escape” thus hastening the extradition proceedings for the order to be passed on September 13.

Mi Sangre is alleged to have been involved in crime for over 20 years. The neo-paramilitary began his career in his hometown of Medellin where he was part of crime syndicate Oficina de Envigado, formed in the late 80’s by late drug lord Pablo Escobar and later taken over by AUC commander “Don Berna.”

After his demobilization with the AUC in 2006, the criminal joined former paramilitary leader “Don Mario” who was reorganizing paramilitary structures in the northwestern Uraba region in order to take control of the drug routes left by the AUC.

Mi Sangre was long in control of the Urabeños’ dealings in Medellin where it assumed control of the troubled Comuna 13, but was later promoted to take charge of the organization’s international drug trafficking business.

Mi Sangre will face the charge of “conspiracy to distribute cocaine, knowing that it would be imported illegally into the country.”

He will not be tried for the Colombian terrorism charges.