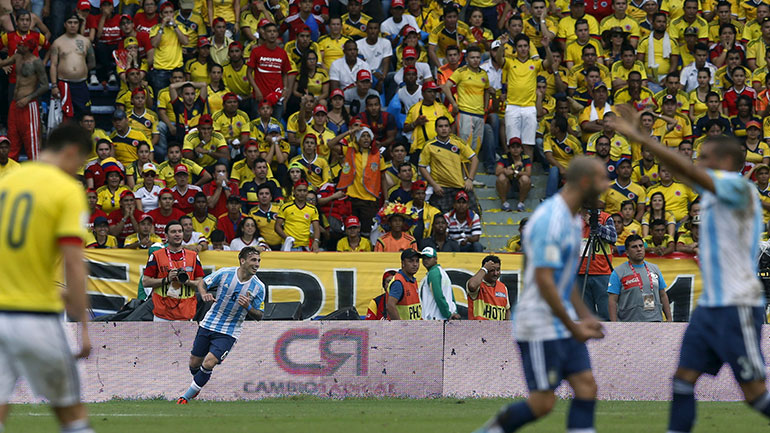 Colombia lost 0-1 to Argentina on Tuesday in a World Cup qualifying match, leaving “Los Cafeteros” with a disappointing four points after four matches.

Colombia, which has only won one game so far, stands now in the bottom half of the South American group, too low to make it to the play offs that would allow them entre to the 2018 World Cup in Russia.

Biglia began the attack in the Argentina half, Ever Banega carried on the move with a pass out to Ezequiel Lavezzi on the right and his low cross beat David Ospina, allowing Biglia, following up, to tap into the unguarded net.

Argentina had chances to make the result safer but substitute striker Paulo Dybala had a goal disallowed and minutes later hit the post.

Colombia pushed for an equalizer and was denied a penalty when Teofilo Gutierrez went down under a challenge from Ramiro Funes Mori.

The Cafeteros nearly did pull off a 1-1 in the 93rd minute, but Jeison Murillo blasted his shot wide off target with the Argentine keeper out of his net.

Colombia’s next match is against Bolivia on March 23.