Almost 40,000 kidnapped in Colombia over past 40 years: Report

Almost 40, 000 people have been kidnapped in Colombia over the past four decades, a report published on Thursday said.

According to the National Center of Historical Memory report, a total of 39,058 people, mostly Colombians, were kidnapped in the past 40 years. These kidnapped victims spent a total of 9,678 years in captivity of their kidnappers.

Rebel group FARC has been the primary perpetrator of kidnappings since 1970. According to the report, the country’s largest guerrilla organization was confirmed guilty in 37% of the 9,082 cases in which the kidnapper was identified. In 33% of the remaining 29,085 cases of which the perpetrator was not established the FARC was the presumed perpetrator.

A variety of criminals and criminal organizations, not linked to any political ideology, were guilty of 20% of the resolved kidnappings and were the suspected kidnapper in 27% of unresolved cases. 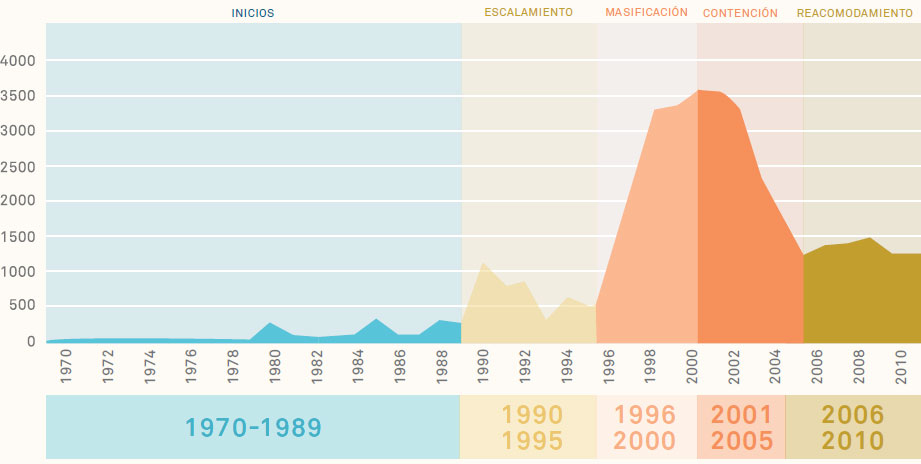 The majority of victims, 59%, was held by their kidnappers between one and 30 days. In 9% of the cases, victims were held for more than a year, said the report.

The report was made after compiling and purifying data of the Defense Ministry, former intelligence agency DAS, the Prosecutor General’s Office, the National Police, court sentences, and press and other publications.