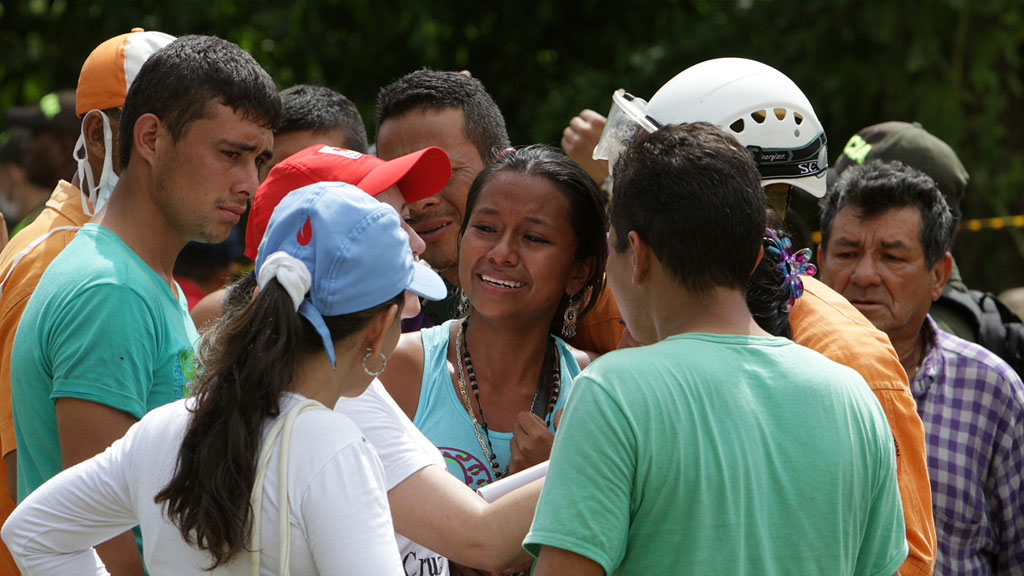 All 15 bodies recovered from west Colombia gold mine accident

The final two of 15 bodies of a gold mine accident in central-western Colombia have been recovered, authorities said Tuesday.

The accident occurred in Riosucio, Caldas little less than two weeks when the unauthorized mine suddenly flooded. Investigators suspect that the flooding was due to a power cut in the area which caused the water pumps to stop working.

“The coordinated operation from the National Unit for Risk and Disaster Management (UNGRD) … as the competent body for emergency rescue, upon meeting all security protocols, completed the search according to plan,” said the unit in a press release.

The rescue mission required the use of a remarkable array of equipment to drain all of the water from the mine, and to subsequently allow for rescue workers to enter and recover the bodies.

The Red Cross has been providing counseling to the families of the victims since the accident first occurred, said the UNGRD.

Locals have blamed tragedies like those in Caldas on a lack of regulation on the gold mines. Nearly half of the mines in Colombia are reportedly unregulated.

There have been various demonstrations for years throughout the country, but specifically in southwest Colombia, in which hundreds of members of indigenous communities will march in protest against the illegal gold mining taking place in their territories. The demonstrations are mostly in response to the pollution and environmental damage caused by the illegal activity.

Illegal mining throughout Colombia continues to be a pressing issue causing not only widespread environmental damage, but also numerous fatalities of predominantly poor rural miners due to unsafe conditions.

Illegal mining operations often involve illegal armed groups like the Urabeños and the FARC. The groups target gold, silver, coltan and emeralds, in operations which pollute rivers and forest ecosystems.

Local communities bear the burden of these operations through extortion, polluted local drinking water, violence and the theft of land.

Last bodies recovered after Colombia mine tragedy that killed 15 (AFP)