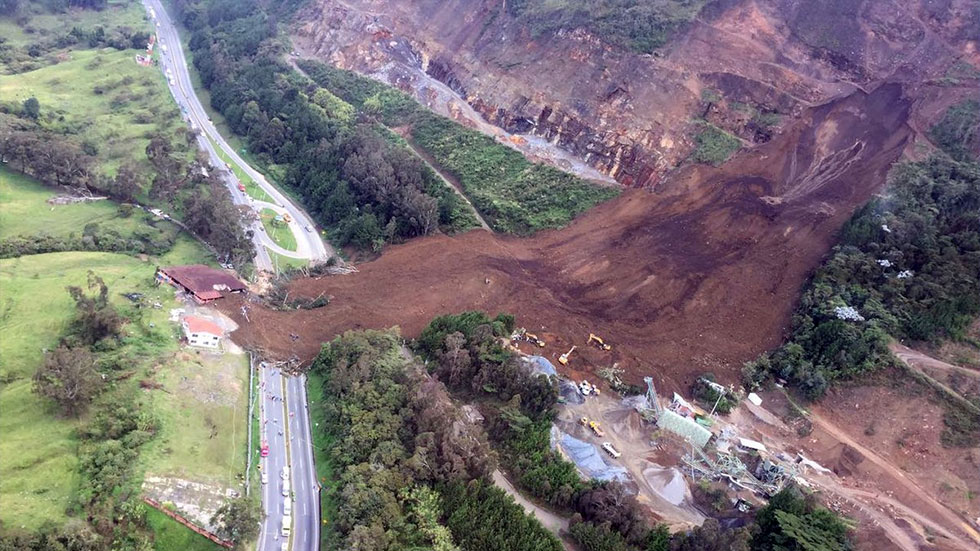 Authorities said they have found the bodies of eight people, while an unknown number of people are still missing after a major landslide hit the Bogota-Medellin highway.

The national director of the Red Cross’ rescue unit, Cesar Urueña, told newspaper El Espectador that between 10 and 15 people are still missing and four people were injured.

According to Urueña, eye witnesses have reported that two motorcycles and several cars were passing the location of the disaster just when the landslide in the municipality of Copacabana occurred.

The tragedy on one of Colombia’s most important highways — it connects the country’s two biggest cities — was probably caused by an illegal gravel pit on the top of the mountain that had eroded its stability, according to road infrastructure authorities.

The pit was closed days before the landslide, but it was too late. When heavy rains hit the area, the pit filled with water, saturated the ground underneath and spurred the landslide.

The tragedy took place only miles outside of Medellin and blocked the highway connecting Colombia;s second city to the capital.

Traffic between the two cities is being circumvented while rescue workers continue looking for victims and road workers clear the road.