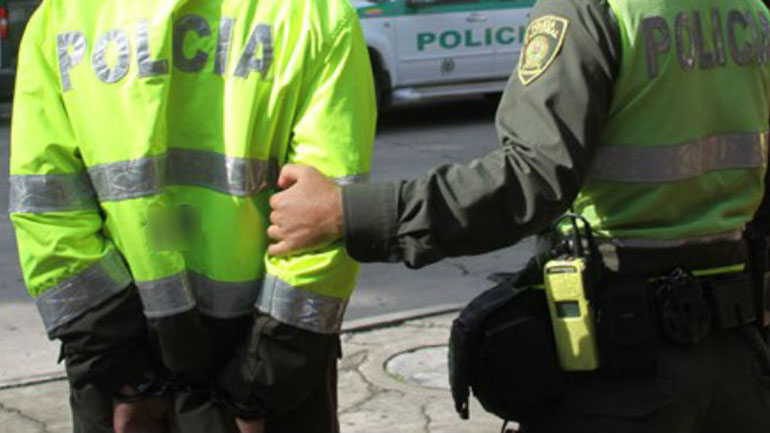 600 Colombian officials in jail over ties to ‘Urabeños’

Some 600 public Colombian officials are in jail over ties to the country’s most powerful neo-paramilitary group, the Urabeños, authorities revealed.

Colombia’s judicial police DIJIN revealed that the 600 captured over the last 18 months are accused of providing arms and intelligence. Corrupt officials would also warn the gang of pending police operations and support extortion and drug trafficking activities, in exchange for bribes or monthly payments.

The arrests this week across the northwestern province of Antioquia include that of active council member Miguel Salvador Rios who has been accused of participating in extortion with the gang.

These individuals now join a group of former members of security forces, prosecutors, mayors and councilors shamed through the revelation of their connections with the criminal gang.

“Every time we do an operation, we find documents evidencing payment. They mentioned aliases, and with intelligence work it determines who may be members of the band and who are officials,” said General Ricardo Restrepo, Director of the Narcotics Police.

Led by Dairo Antonio Usuga, a.k.a. “Otoniel,” this network controls the majority of drug trafficking routes along the Caribbean and Pacific coast lines and is one of the main trading partners of the Mexican Sinaloa Cartel.

Due to roots in the paramilitary AUC, the previously operated in conjunction with the Colombian military, the group has retained a level of elusiveness, coercing officials into cooperation and prevent locals from cooperating with the authorities.

He detailed that on average an official informant will receive $2-3k per entry, with payments of up to $350k for some lawyers, depending on the area of specialty.

On top of this, he revealed security teams at airports that monitor and report the movements of troops as part of the operation “Agamenon” which follows the movement of the gang, with the ultimate goal of the capture Otoniel.

This operation has been ongoing since early this year but has yet to yield results.