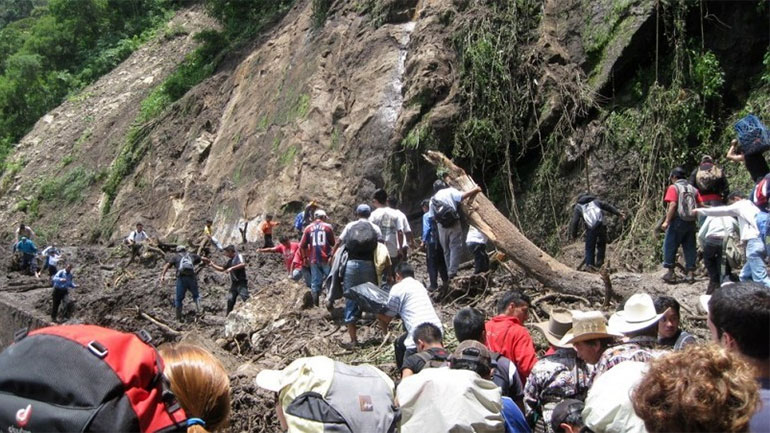 A landslide caused by heavy rains in southwestern Colombia killed at least six people on Tuesday, local media reported. Another five have been reported missing.

The tragedy took place in the municipality of Cumbal, Nariño.

The mayor of the town told local media that there are minors among the victims.

A deficient road infrastructure and extreme weather conditions have been complicating authorities’ attempts to reach the scene of the landslide.

Colombia is undergoing extreme weather throughout its national territory due to the recurring weather phenomenon El Niño.

While large parts of the country are suffering severe drought, the Pacific coast where Nariño is located is suffering extreme rainfall.

El Niño is expected to disturb normal weather patterns until the second quarter of this year.