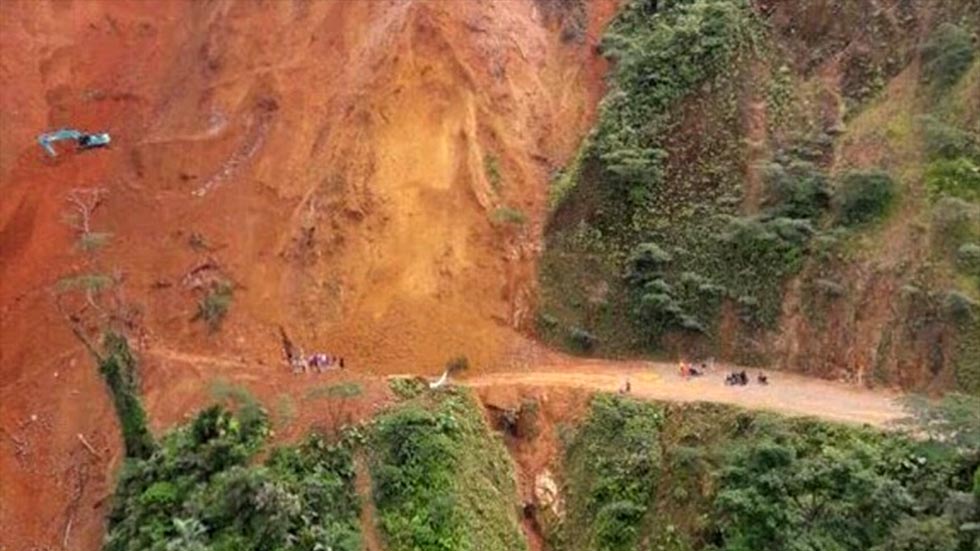 At least five people were killed and another 15 were reported missing in the west of Colombia on Thursday after a landslide struck workers removing rubble from a previous landslide.

The landslide took place around 3:30PM on the road between Medellin and Quibdo, the capital of the Pacific Choco province.

The tragedy took place only a few miles outside Quibdo.

“A bulldozer was working at the [site of the] landslide and a new avalanche took approximately 15 people and two vehicles” down the mountain, Cesar Urueña of the Red Cross told press.

The regional disaster manager told newspaper El Tiempo that as many as 30 people went missing after the road works caused the landslide.

According to the humanitarian worker, five people have been confirmed dead.

Rescue workers were sent to the remote site to see if other people are missing and the begin work trying to rescue possible survivors.