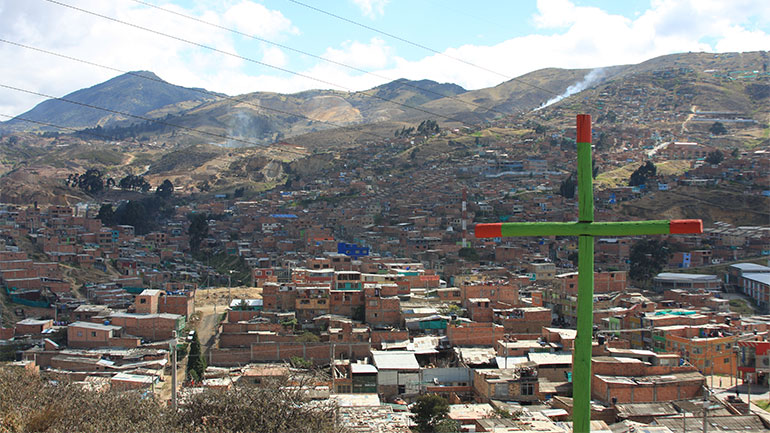 Five people were killed in a massacre on Sunday in the impoverished south of Colombia’s capital Bogota, local authorities said Sunday.

The massacre took place in a home in a ghetto on the border of Ciudad Bolivar, a district in the southwest of the capital.

Bogota’s Police Department told press the mass killing was likely a settlement of scores between drug dealers in the region.

The house where the four men and one woman were shot was allegedly known to be frequented by local drug dealers and users.

Security Secretary Daniel Mejia confirmed the police’ preliminary hypothesis and also blamed tensions between local drug dealers as the motive of the massacre.

The massacre is the first in Bogota in years.

Unlike in other cities like Medellin and Cali, drug-related violence in Bogota has remained relatively low.

The capital has one of the lowest homicide rates among Colombian cities.