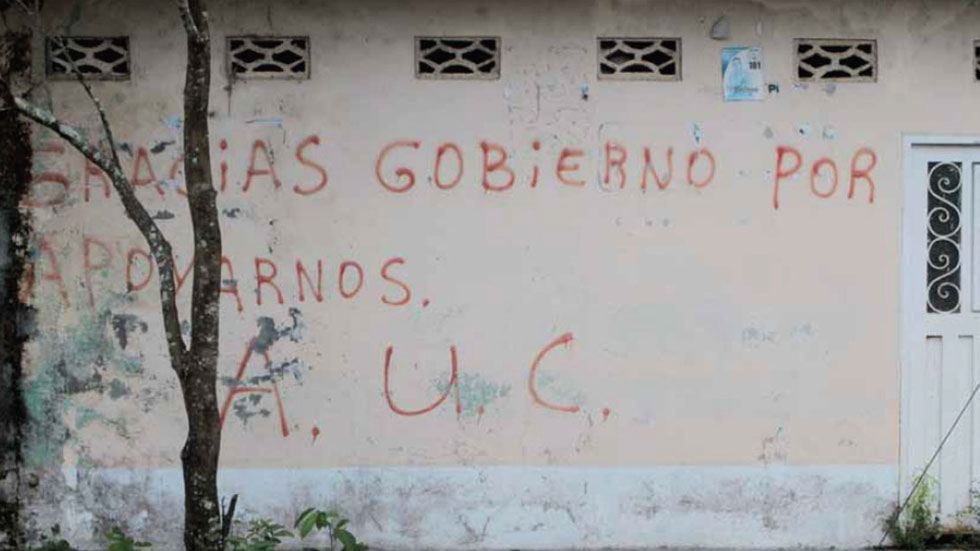 No more than 47 of approximately 30,000 paramilitaries who demobilized more than a decade ago have since been convicted of war crimes, reported Colombia’s leading newspaper El Tiempo Thursday.

The “Justice and Peace” program carried our by former President Alvaro Uribe has widely been considered a failure, particularly by the AUC’s estimated 380,000 victims and the paramilitaries themselves, thousands of whom have rearmed.

The hard-right Uribe, who opposes a peace process with AUC arch enemy FARC, bartered the paramilitary demobilization between 2002 and 2005, one decade after he was one of the main promoters of the formation of armed civilian militias.

Between 2003 and 2006, the AUC demobilized with the exception of dissident factions loyal to AUC founder Vicente Castaño who called on his subordinates to rearm and resume paramilitary activity.

Castaño was subsequently assassinated, while more than 2,200 former paramilitaries “died” in the years after demobilization.

The majority of AUC’s paramilitaries that stayed in the program were pardoned with the exception of 4,410 former fighters who were accused of war crimes.

The alleged war criminals were ordered to take part in the so-called “Justice and Peace” program that offered them judicial benefits in exchange for their collaboration with justice and the compensation of their victims.

According to El Tiempo, almost half of these indicted paramilitaries, 2,041 to be exact, have since abandoned the program and have subsequently been excluded from the program.

Another 205 were removed from the program after they “died,” 104 refused cooperation and 78 were caught committing crimes during their reintegration process.

Consequently, only 1,943 suspected paramilitary war criminals are still in the program.

Testimonies given by paramilitaries in the program led to the incarceration of dozens of congressmen, including Uribe’s cousin, who had used the AUC for their financial or political benefit.

However, the AUC dissidents formed dozens of of new paramilitary groups like the AGC, the Aguilas Negras or ERPAC.

While many of these groups disappeared shortly after their foundations, those who remained have since taken over old AUC rackets and together are now the primary human rights violator in Colombia.

Current President Juan Manuel Santos in November last year signed peace with the FARC, the former arch enemy of the AUC, in another attempt to bring an end to more than half a century of drug-fueled political violence in Colombia.