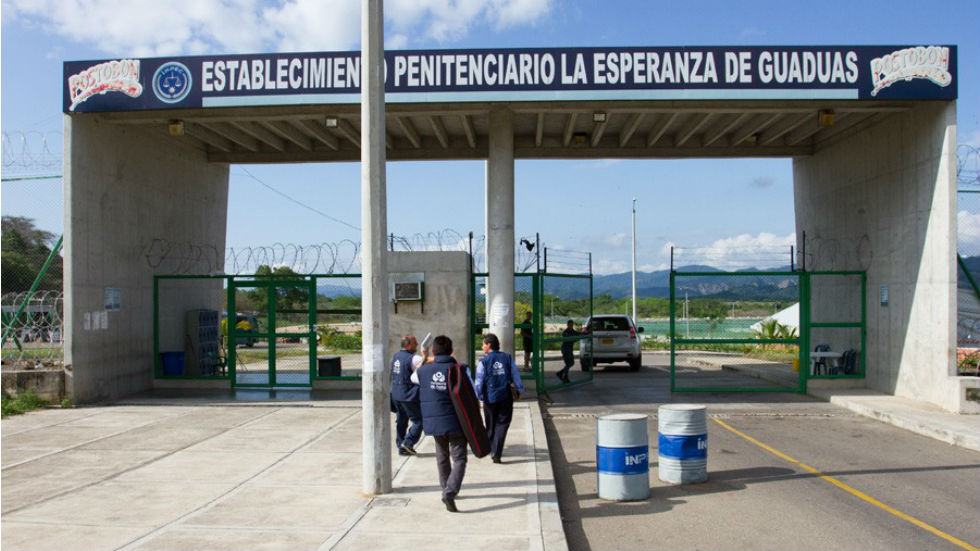 42 officials from Colombia’s National Penitentiary and Prison Institute (INPEC) have been arrested for corruption, revealed the director of the institution to El Tiempo on Sunday.

The officials in question were arrested in the Guaduas prison in the central Colombian province of Cundinamarca for corruption related to selling benefits to prisoners, said Jorge Luis Ramirez.

The arrests, which were made at the end of June are part of a wider investigation into corruption across the prison system in the South American country.

“That is part of an investigation that was brought forward with the Prosecutor General’s Office. We know that the case of Guaduas is not the only one in the country, that there are also other regional ones that are being investigated,” said Ramirez.

“We know that there is a new process in Bucaramanga and we have handed over all the elements for new captures to the Public Prosecutor,” he added.

The failure of INPEC to deal with corruption amongst prison guards sees prisons awash with everything from drugs to mobile phones, with prisoners using a variety of means to smuggle contraband into cells with the alleged compliance of staff.

Prisoners have gone to extensive lengths to smuggle contraband into Colombia’s prisons using drones and carrier pigeons in particular to  carry mobile phones and other prohibited materials.

According to Ramirez, daily operations are carried out by prison authorities to find and seize the contraband.

“We have three specialized groups, such as the Immediate Reaction (GRI), who enter the courtyards with the support of the police and the prosecution to seize the prohibited material. In the run of this year 2,480 operations of this type have been done in the whole country,” he said.

The INPEC director also explained however that more stringent checks on visitors would also be needed to stem the flow of illegal materials within prison walls.

“If you look at an establishment with 5,000 inmates who are visited by about three people in a day, multiply the population. To be effective, it would be necessary to have a body scan that makes an x-ray of people, so we would be sure that nothing forbidden enters. But for this you also need your authorization in order not to violate your rights,” said Ramirez.

In 2014, members of President Juan Manuel Santos‘ U Party and the coalition Liberal Party, criticized INPEC’s inefficiency and failure to deal with corruption recommending that the institution be replaced by another administrative unit under the authority of the Ministry of Defense.

The institution has long been criticized for the massive overcrowding crisis and it’s continued failure to deal with contraband, particularly the smuggling of mobile phones into prisons.