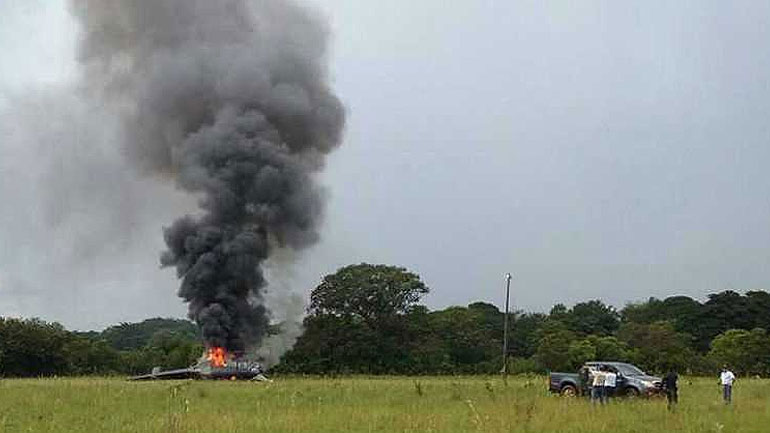 A police helicopter crashed in the northeast of Colombia, killing all four officers on board.

The accident took place in Calixto, Norte de Santander an area dominated by ELN guerrillas who had engaged in combat with ground forces in the area.

Three helicopters were sent to the area to provide air support, but called back after heavy rains made effective air support too dangerous.

At that point, the police coordinators in the city of Cucuta lost contact with the crashed helicopter.

The police did not say whether the helicopter crashed because it had been shot down or because of the weather conditions.

“This is a very sad day for the National Police. In our hearts we are with the families” of the victims, the police said in a statement.

National Police director Jorge Nieto traveled to Norte de Santander to supervise the investigation of the possible causes of the incident.

While the area mainly has strong ELN presence, other illegal armed groups with ties to drug trafficking like the FARC, EPL and Urabeños are also active in the region.