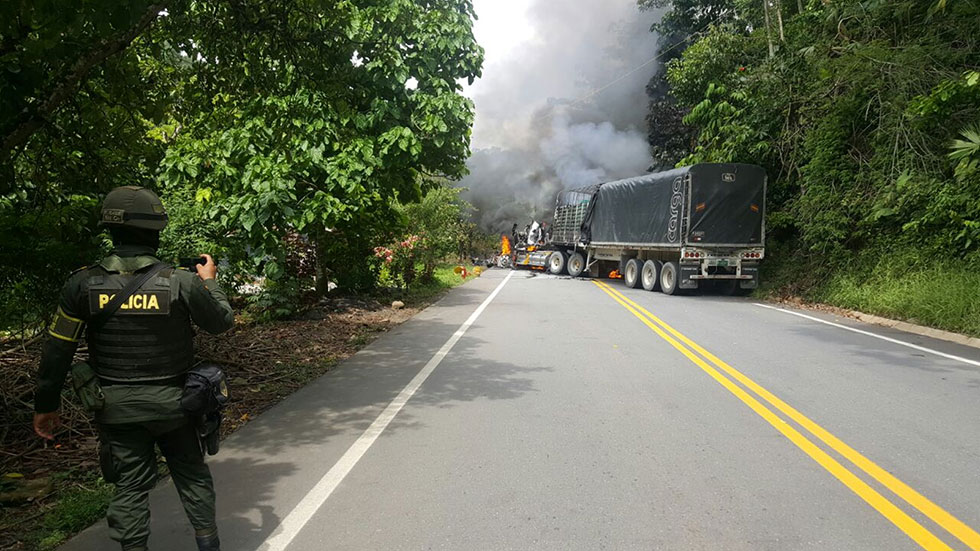 After 37 days of failed negotiations between the Colombia’s government and truckers, frustrated truck drivers began blocking roads and the government ordered the military to take action.

The truckers have been on strike for 37 days already, demanding the government complies with promises made earlier that would alleviate the transporters’ dire economic situation.

However, as talks resulted in nothing, the increasingly frustrated truckers began blocking roads this week while truckers who do not wish to join the strike allegedly have been threatened.

As a result, truckers began blocking major highways in at least eight of Colombia’s 32 departments.

The strike had already caused troubles at Colombia’s largest port city, Buenaventura, where containers for exports are either not reaching the docks and imported containers have been unable to travel land inwards.

As a consequence, food prices are up 15% compared to this time last year

In Medellin, food prices have soared as much as 66% and in Barranquilla the main food supply center said they were running out of vegetables and fruit. In the central Meta provinces, food prices at the warehouses have gone up as much as 200%.

The government has so far been unable or unwilling to appease the strikers.

Amid the escalation of the strikes, The prosecutor General ordered the arrest of strike leaders and President Juan Manuel Santos ordered the military to deploy as many as 13,000 soldiers to free up the roads, increasing fears the strikes could turn violent.

One person has reportedly already died in clashes with riot police in Boyaca, one of the areas most affected by the strikes and roadblocks.