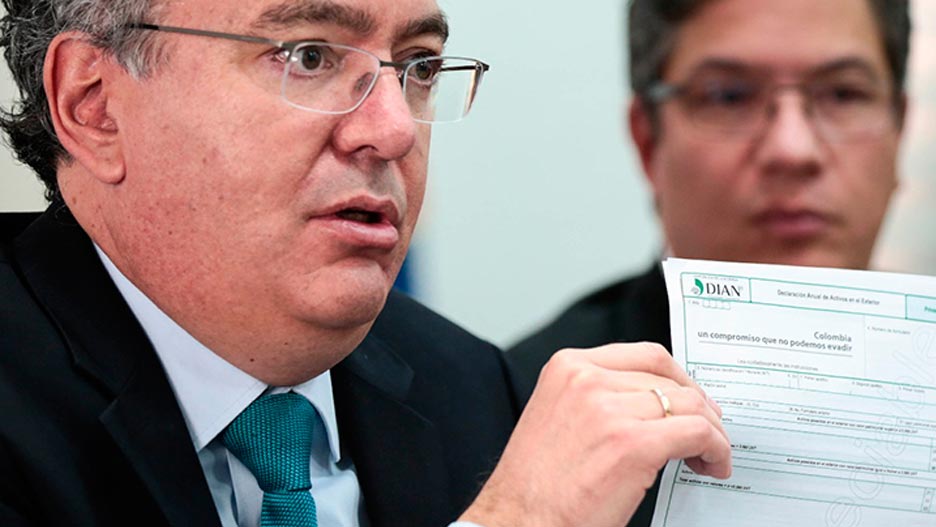 Two thirds of the 1,245 Colombians that appeared in The Panama Papers have evaded taxes by not reporting their foreign assets with Colombia’s tax agency, the finance minister and tax chief said Tuesday.

Finance Minister Mauricio Cardenas and the director of tax agency DIAN, Santiago Rojas, held a press conference on the preliminary investigation of possible tax invasion by those who funneled money abroad through Panamanian tax firm Mossack & Fonseca, whose administration was leaked.

“The first thing that needs to be said is that… the percentage of people and firms that have effectively declared their investments in that country and reported them before the DIAN is extremely low.”

“Of all the people who were listed, only 35% have reported these investments. In other words, 65% have evaded their obligation.”

This means that more than 800 people, the bulk belonging to Colombia’s business and political elite, could expect to be investigated for tax evasion either by the prosecution or the tax office.

According to Colombia’s former tax chief, Colombians have funneled more than $100 billion, more than a quarter of the country’s entire GDP, to tax havens.

The evasion of taxes on this money has become one of the main challenges for the DIAN and the government, which has been criticized for its inability to adequately raise taxes to fund government expenses.

The low tax revenue has become an imminent problem for Cardenas as dropping oil prices have cut revenue from the country’s oil exports in half, leaving a major deficit in the country’s 2016 budget.

According to the director of the DIAN, some 50 officials have been investigating the persons and firms mentioned in the Panama Papers and already have the warrants for an extensive tax audit of 60 people appearing on the leaked list.

Rojas said that criminal charges will be filed in cases where fraud is established, and warned that those who have effectively evaded taxes will be fined by the tax office itself.