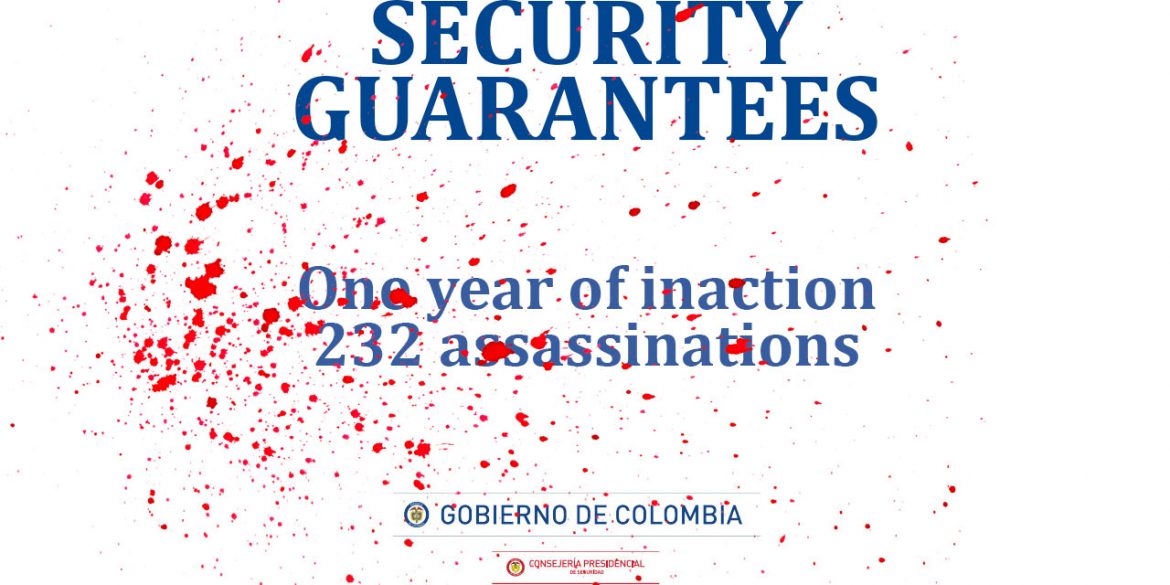 Colombia’s President Ivan Duque has convened the commission seeking to cut ties between politicians, the private sector and death squads, a year after he was supposed to.

Duque ended his resistance after he was expelled from mass protests against the mass killing of social leaders and a call by the United Nations to convene the National Commission on Security Guarantees that was supposed to prevent these assassinations.

The commission is part of a 2016 peace deal with the demobilized FARC, and meant to design and implement policies to end the decades-long habit of mixing politics and business with deadly violence.

The commission should have met 12 times already, but will meet for the first time on Monday, 232 assassinations of social leaders after the president took office in August last year.

We hope that the government will define a clear, concerted and effective route that will not only diminish but also end this wave of violence that has left hundreds of community leaders and ex-guerrillas murdered.

The president’s move is a major concession to not just the growing peace movement and the UN, but also the FARC, which has lost some 140 members since they surrendered their weapons in 2017.

According to think tank Indepaz, more than 700 community leaders and human rights defenders have been assassinated since 2016, the year that the FARC and former President Juan Manuel Santos signed peace and the guerrillas ended their 52-year attempt to violently overthrow the state.

At least 232 of these murders were committed after Duque took office. Three indigenous leaders and one farmers representative were assassinated this weekend in the Cauca province alone.

As part of the peace deal, three measures were agreed to prevent this bloodbath and end what has become known as “parapolitics” and “para-economics.”

Duque’s concession is a big one, but the president would only comply with the peace deal if the commission meets monthly as agreed and effectively designs the policies to end the use of deadly violence in politics and business.