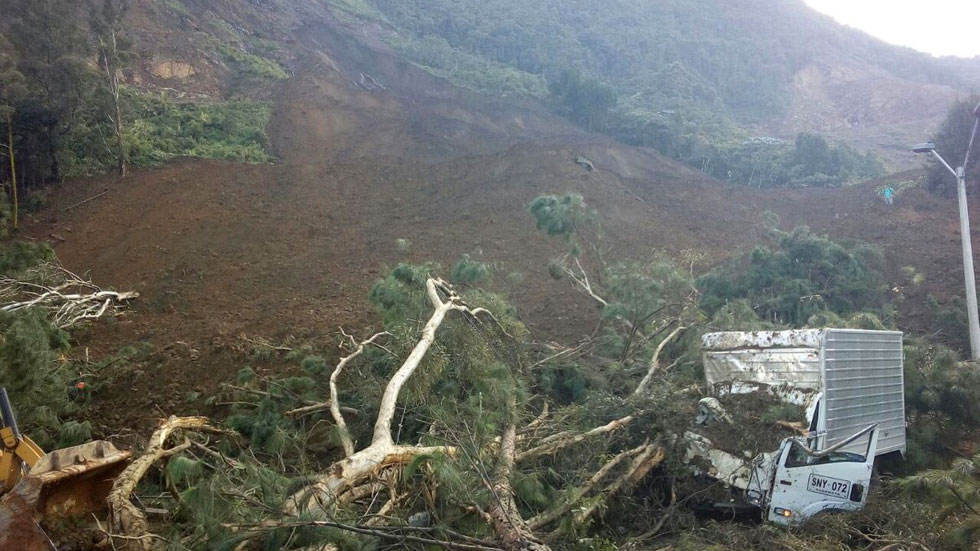 At least two people were killed and 17 reported missing after a massive landslide hit the highway between Colombia’s capital Bogota and the country’s second largest city, Medellin.

The landslide took place Wednesday morning and blocked the entire highway over a length of 200 meters, burying a restaurant and at least four vehicles that were passing at the time of the disaster.

Police, the Medellin Fire Brigade and the Red Cross were immediately sent to the location of the landslide to provide emergency aid to those who were injured and begin searching for those who are missing.

According to the Red Cross, as many as 17 people could be trapped under the rubble.

Among those missing are the workers of the restaurant that was buried and an unknown number of persons inside the cars caught by the landslide.

According to local media, two people have been rescued alive and another two were found dead.