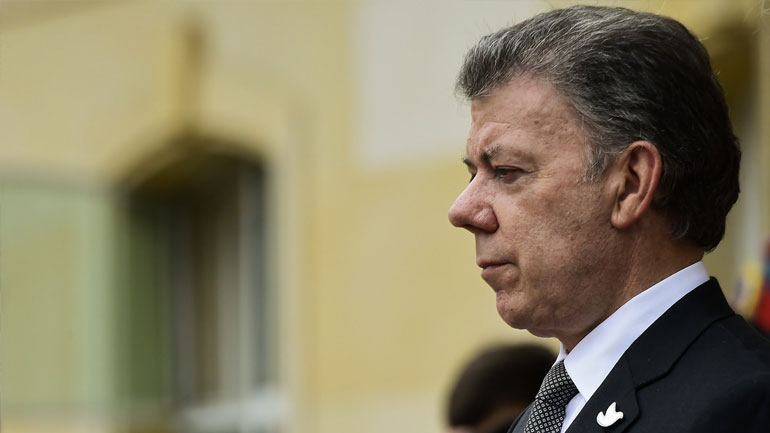 The highly controversial sale of the government’s majority stake in energy company Isagen means major legal trouble for President Juan Manuel Santos and his finance minister, who are the target of public outrage and major political opposition.

The government sold its 57% stake in the company for $2 billion to Canadian hedge fund Brookfields in spite of a vast majority of Colombians and their representatives in Congress opposing the sale.

The news of the sale infuriated Colombians. While thousands expressed their rage on social media, hundreds gathered before the stock market in the capital Bogota to protest the sale of the company that provides 17% of the country’s energy while, until Wednesday, adding an annual $133 million to the treasury.

Curiously, the country’s Comptroller General was unable to speak out on the Isagen sale, claiming he had been stripped of its faculty to issue alerts about pending projects.

In Congress, Santos is facing a majority opposition to the rushed sale of the government stake in the company.

Santos’ can only count on the congressional support of the Radical Change party of vice-President German Vargas. Even within his own U Party there is dissent about the course of actions, although the party has remained quiet.

Socialist Senator Jorge Enrique Robledo went as far as saying that the government action will result in “the biggest loss in economic patrimony in [Colombia’s] history.”

According to Robledo, Santos conspired with Vargas and Finance Minister Mauricio Cardenas to sell the state shares in the company against the will of the public and the majority of Congress.

The senator expressed suspicion about the fact that five or the original six claimed bidders have retreated, making it possible for Brookfields to acquire the government’s share in Isagen for the minimal bidding price.

This meant a major bargain for Brookfields, which, according to Isagen’s financial records, could have its investment returned within eight years.

The Liberal Party, the Green Party, the Democratic Police and the Democratic Center will reportedly all convene to decide whether they will support a motion of censorship against Finance Minister Mauricio Cardenas, who announced the sale while Congress was in recess.

House Representative Edward Rodriguez’ of the Democratic Center said he would file a criminal complaint against the president before the House’ Investigations Commitee.

“The Investigations Committee should investigate if in the sale of Isagen could have been the alleged patrimonial loss for the nation and whether there were or not contractual irregularities in the process,” Rodriguez said.

The representative also wants the committee to investigate the reported personal relationship between Santos and Brookfield Asset Management interest holders.

News website Las 2 Orillas reported earlier this week that the law firm representing Brookfield during the Isagen purchase was partly owned by Juan Manuel Prieto, a personal friend of Santos and the president’s first appointed ambassador in Italy.

Santos has insisted that the sale was “a good deal” and crucial for the upgrade of the country’s deficient road system.