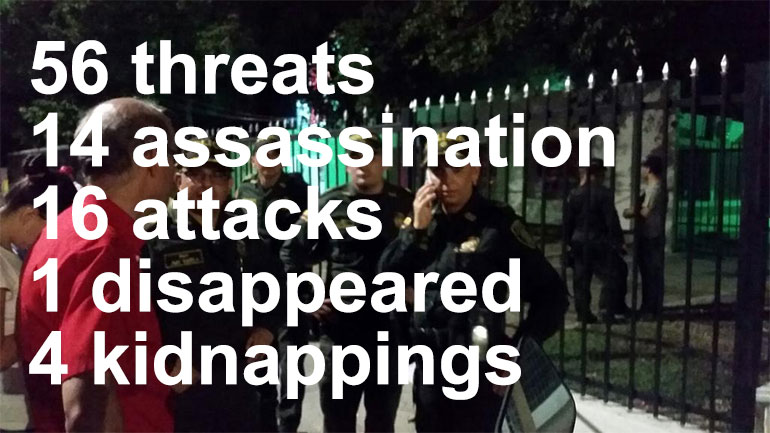 14 candidates killed: Colombia steps up security ahead of local elections

Colombia’s Interior Minister on Monday called to step up security in the Caribbean region after a bomb attack on the office of an aspiring governor in the city of Santa Marta.

The attack on the office was the 130th violent attack on a candidate taking part in the October 25 local elections in which Colombians will elect their governors, mayors, and deputy and council members.

According to local media, unknown assailants threw the bomb at the office of Joaquin Jose Vives (Liberal Party), who is running to become the governor in the Caribbean Atlantico province.

The attack is the 16th of its kind in Colombia this year, said electoral observers.

According to civilian electoral observer MOE, the violence peaked in March and April when political parties were defining their support for individual candidates.

Subsequently, between July and August, Colombia saw “a response to these candidacies through violence in different places in the country,” the MOE said in a report on pre-electoral political violence.

The MOE was unable to recognize a pattern of violence or one common suspected perpetrator of the violence.

Most attacks took place in towns where at least one of Colombia’s many illegal armed groups are active.

However, unlike in the past when left-wing guerrillas or right-wing paramilitaries would engage in violent national campaigns in election years, no such military offensive seems to be taking place this year, the MOE said.

In fact, electoral violence has decreased compared to previous election years, according to the observers. In 2011, when Colombia also held local elections, a total of 253 violent incidents were registered.

The violence that took place ahead of this year’s elections was concentrated in regions with a lot of illegal activity in gold mining and drug trafficking.