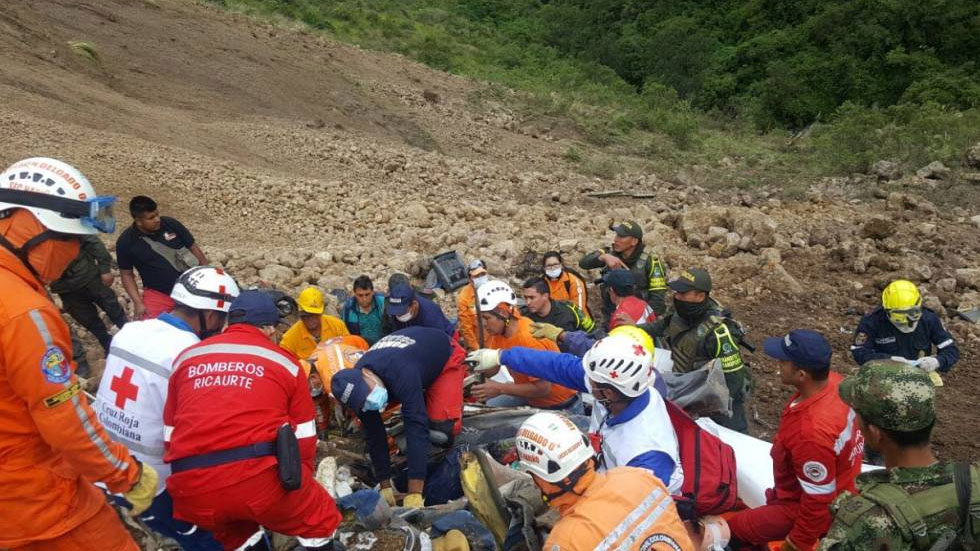 The landslide that hit the road between Tuquerrez and Junin happened on Saturday, but was not attended by authorities until the next day as locals initially reported no missing persons.

When reports of a missing bus came in, authorities began a large-scale rescue operation in an area called Devil’s Nose.

Late Sunday night, authorities said they had identified four of the bodies.

Regional authorities called on surrounding towns to carry out a provisional census to establish whether people from outside Tuquerres are missing.

Mayor Alirio Mora, who has been leading the rescue efforts, expressed his condolences to the four families who have lost loved ones.

Road infrastructure in Nariño is notoriously bad. Particularly in the mountainous east of the province, landslides are common during rainy season