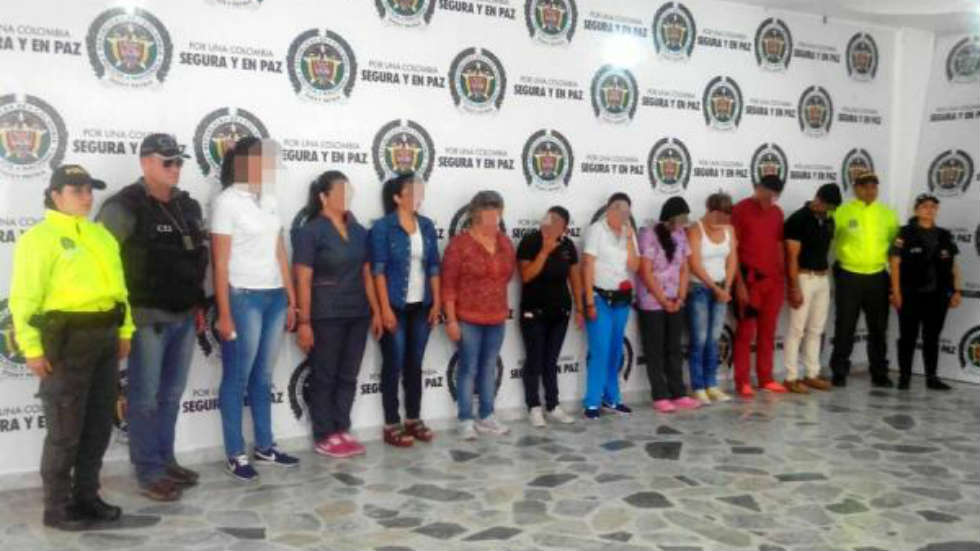 Ten people were arrested after authorities found out that mentally challenged children were tied down and drugged in a government-contracted private clinic, authorities said Thursday.

The ten worked in a mental healthcare center that had been contracted by the Colombian Institute for Child Welfare (ICBF) in the central city of Ibague, Tolima.

According to the prosecution, the suspects were charged with torture after finding out they had tied down and drugged children.

The caretakers additionally imposed “military doctrine” on the children for punishment.

Authorities did not say how many children were victim of the criminal practices.

The children were subjected to degrading acts of cruelty. They were tethered to their beds. The people who supposedly looked after them and had to protect their rights gave them drugs to keep them under control and applied military doctrine to punish them.

We have concrete information that sent the soup in the face to the children… The organization violated all kinds of human rights of our children and adolescents.

The director and employees of the healthcare center were arrested and will have to await trial in jail.

Local newspaper El Nuevo Dia reported the authorities had been tipped off by a former employee.

The suspects have been charged with torture, conspiracy to commit a crime and the destruction of evidence in a criminal investigation.

The institution was closed for the duration of the investigation.

The children, some reportedly were suffering nervous breakdowns, have been taken to other medical facilities for evaluation.