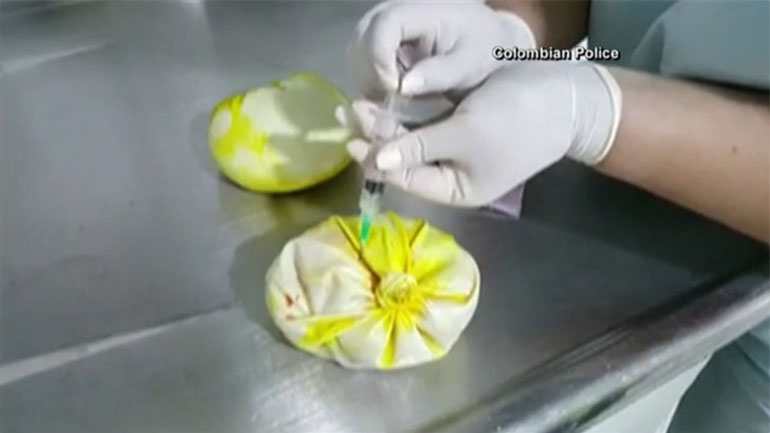 A Honduran woman carrying 3.3 lbs of liquid cocaine in her breast implants was arrested at the airport in Colombia’s capital Bogota on Friday, police said.

X-rays revealed a recent surgery on Sabillon’s breasts and she confessed that an unknown substance had been implanted which she was meant to take to Barcelona, police added.

Authorities said a preliminary investigation showed that the surgery took place at a clandestine clinic in the city of Pereira, in western Colombia.

The implants were removed at a Bogota hospital where Sabillon is also being treated for an infection.

Some 300 tons of cocaine are produced per year in Colombia, long a hub for drug production and trafficking.