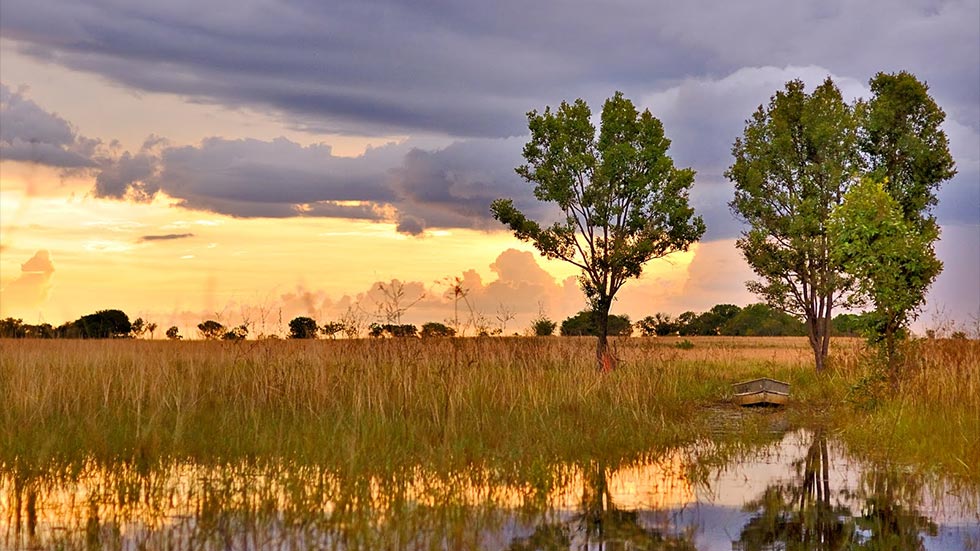 The Bojonawi Nature Reserve hosts a large diversity of wildlife within its expanses that covers much of the great Orinoco River located in eastern Colombia.

The reserve is located in the municipality of Puerto Carreño in the department of Vichada which occupies a large area near the border with Venezuela. The total space of the reserve covers roughly 11,569 acres, which includes forests, lakes, and rivers.

The Orinoco River that makes up part of the reserve is one of the longest rivers in South America, measuring 1,330 miles long, and hosts a large number of unique species of plants, fish, birds, and mammals.

Bojonawi, in the indigenous language Sikuani, means otter, which is one of the many creatures living within the depths of the reserve.

However, many of the rare animals found along the Orinoco River and within the Bojonawi reserve are in threat of becoming extinct, including the namesake giant otter, river dolphin, manatee, jaguar, giant armadillo, anteater, and giant tortoise.

The Bojonami reserve is located within the larger Biosphere Reserve of Tuparro, that was established in 1982 for its potential for conservation, studies, sustainable development, and bi-national coordination with Venezuela.