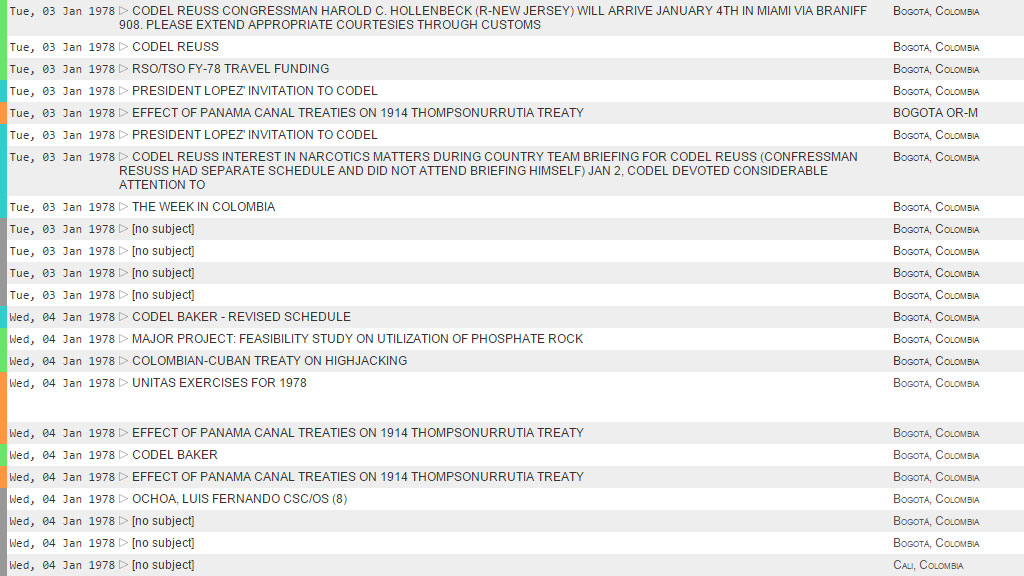 Wikileaks released 500,000 US diplomatic cables from during the administration of President Jimmy Carter, more than 7,000 of which are related to Colombia.

The release of the “Carter Cables II” batch followed a previous batch released in April 2014.

These cables cover US interactions written by the US State Department with embassies in almost every country, including Colombia which is referenced in 7146 documents.

In total, Wikileaks released 11,940 documents from the Carter administration in which the South American country is mentioned.

Founder Julian Assange said in a statement that in particular 1978 was a focal year as that year “saw the start of a great many political conflicts and alliances which continue to define the present world order, as well as the rise of still-important personalities and political dynasties.”

Revelations include documents surrounding the Iranian Revolution, the conflict with Afghanistan, the Second Oil Crisis, Carter’s critical decision on the neutron bomb and the Sandinista Revolution in Nicaragua and the subsequent conflict with US proxies.

In Colombia, the US at the time was concerned about the 1978 presidential election race, kidnapping and drug trafficking.

The release of these documents brings the total US diplomatic cable collection to 2.7 million documents.

WikiLeaks releases a trove of U.S. diplomatic cables from 1978 (Mashable)

WikiLeaks releases more than half a million US diplomatic cables from 1978 (Wikileaks.org)