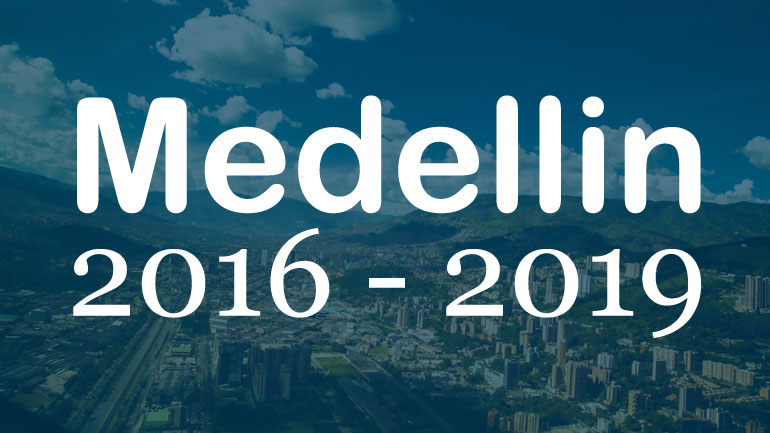 Who wants to be mayor of Medellin?

Campaigning has begun between six candidates aspiring to be elected Mayor of Medellin in the upcoming October elections.

The candidates seek to replace Mayor Anibal Gaviria, who has made major investments in infrastructure and public transport. However, “the invisible mayor” has been criticized for failing security and social policies that made Colombia’s most unequal city even more unequal and its streets a lot unsafer.

Today’s aspiring candidates have proposed a range of improvements for the city focused on education, tackling issues of poverty, infrastructure and crime. 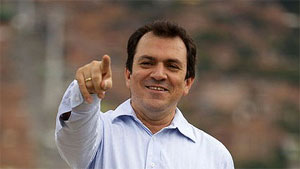 Medellin’s former mayor from 2008-2011, Alonso Salazar currently leads Datexco polls with 26% of respondents showing an intent to vote for the candidate. This has grown one point from March polls, in which he also came out on top.

The journalist, writer and politician is backed by a coalition from the Green Alliance and and the Indigenous Social Alliance Movement, and after a change in heart, Federico Restrepo, the candidate for governor of Antioquia, the province of which Medellin is capital.

Before entering the world of politics Salazar was involved in a number of projects to improve social conditions and reduce violence in the city of Medellin. In 2001 he supported Sergio Fajardo (the current Governor of Antioquia) and established the movement “Citizen Engagement.”

When Fajardo became mayor in 2004, Salazar worked under him as secretary of government, participating in a demobilization and reintegration program for paramilitaries in Medellin.

Salazar received support from the Indigenous Social Alliance Movement and the U-Party, as well as singer Juanes and First Lady Lina Moreno in the run-up to his 2008 election to Mayor of Medellin. Under his lead the city dropped 10% in homicide rates. He furthermore improved mobility and access to public services.

He claims under current Mayor Anibal Gaviria Correa progress in the city has slowed as the pace is not the same, claiming that current plans for large infrastructure upheaval do not meet the needs of the poor and suffering in the city. 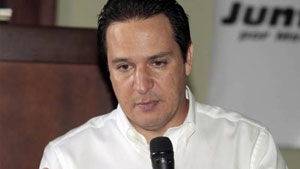 Candidate for the U Party of President Juan Manuel Santos, Rico is an entrepreneur turned politician, who specialized in Management at Medellin’s UPB University. His candidacy for Mayor of Medellin has additionally been endorsed by Radical Change, the party of Vice President German Vargas.

As member for the Democratic Progressives movement he served two consecutive terms between 2001 and 2007 in Medellin’s city council.

In 2007 he ran for Mayor of Medellin for the Conservative party, losing out to Salazar. In 2011 he ran for candidacy again, but lost to Gaviria.

Alliances with current Mayor Anibal Gaviria gained him a role at the convention and exhibition center in Medellin, Plaza Mayor, in October 2014 he resigned from this post to once again run for Mayor of Medellin. To avoid a repeat of his 2011 failure he began an offensive in which he successfully obtained backing from key parties, with the U-Party announcing their endorsement this April. 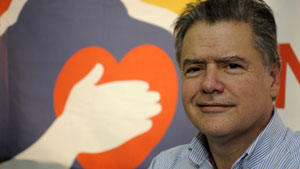 He comes from a wealthy conservative background, and served as conservative councillor of Medellin’s most affluent neighborhood, El Poblado.

He served two terms as a senator, from 2006 to 2014. As a senator, Velez authored several bills increasing penalties for the illegal possession of weapons, defining the professional requirements for mayors and strengthening local administrative boards.

The right-wing politician opposes euthanasia and the legalization of marijuana, and supports life sentences for rapists and murderers of children.

His initiatives as mayor of the city would focus on education, health and public security. He received 9.8% in Datexco polls. 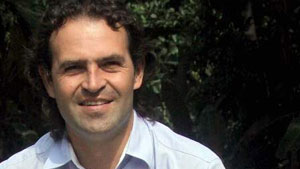 Civil Engineer Federico Gutierrez was elected in 2003 as councilor for the New Party, during this term he was one of the few to support elected Mayor Sergio Fajardo. In 2007 he was re-elected as city councilor with the U-Party and was chairman of the council in 2008, initially aligning himself with then mayor, Alonso Salazar.

In 2011 he ran for Mayor of Medellin with the support of former President Alvaro Uribe, but lost out to current Mayor Anibal Gaviria.

When he began campaigning in May this year, he was supported by Federico Restrepo, a candidate for Governor of Antioquia. The two calling themselves the “Federicos” toured Medellin collecting signatures. Restrepo abandoned Gutierrez, in favor of candidate Alonzo Salazar, reportedly due to Restrepo’s stagnating popularity in contrast with Salazar who has been tipped as a favorite.

Gutierrez, supported by the “We Believe” movement, in Datexco polls received 9.3% of votes, and has been reportedly believed by Alonso Salazar to be Uribe’s trojan horse, due to prior affiliations with the right-wing former President.

Datexco polls show 7.8% in support of Eugenio Prieto Soto, the official candidate for Colombia’s Liberal Party, one of the country’s oldest and most prominent political powerhouses and the party of outgoing mayor Gaviria.

The former accountant served as interim governor of Antioquia from April 2002 to December 2003 and was elected senator in March last year.

However, he resigned from the senate in December already with his announcement to run for Mayor of Medellin. He reportedly sought backing from the ‘National Unity’ coalition before gaining support and official candidacy for the Liberals.

He was accompanied by former President Cesar Gaviria and Senator Sofia Gaviria when signing his nomination for Mayor and announced focus plans to tackle extreme poverty in the city, reviewing public space and mobility for non-motorized transport. 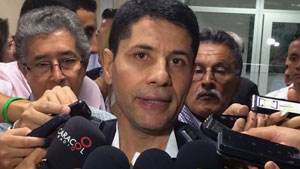 The candidate for the Alternative Democratic Pole, the Social-Democratic party that opposes the Santos administration is Hector Hoyos.

The former constitutional lawyer, university professor and athlete Hector Hoyos has reported his proposal for mayor to be “eminently social”.

Hoyos co-founded the anti-cruelty United Force for Animals and Nature (FAUNA) and is an active member of an anti-bullfighting movement. He is committed to environmental and animal rights causes.

In 1980 he co-founded the Colombian Green Party and acted as an advisor to the Constitutional Assembly in 1991.

He claims that high levels of crime in Medellin are a result of a lack of employment, claiming a large problem in the high dropout rates in Medellin school’s as family with a lack of support, forcing children to leave school.