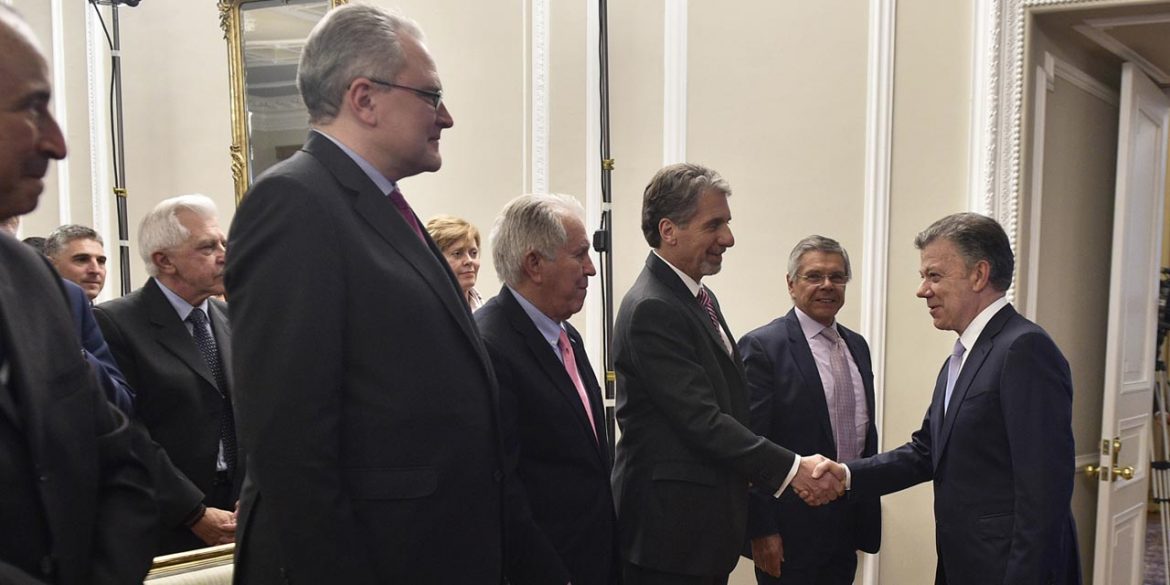 Venezuela crisis too much for Colombia alone, Santos tells ambassadors

United Nations Secretary General Antonio Guterres offered the South American country support as it is dealing with an influx of hundreds of thousands of Venezuelans.

“I appreciate the offers of financial and other aid from the international community. We are fully prepared to receive them. We need them because unfortunately this problem gets worse day by day,” Santos said at a meeting with foreign ambassadors.

Santos estimated his government needs $30 million to build an assistance center in Cucuta for migrants to stay temporarily while they figure out where to go.

According to migration authorities, 200,000 Venezuelan migrants entered Colombia illegally last year. More than 550,000 Venezuelans are believed to live in the country at the moment.

Hyperinflation, food shortages and increased insecurity spurs hundreds of Venezuelans to leave their country for the hope of a better life elsewhere.

US may help Colombia deal with migrant flow from Venezuela

Colombia’s Foreign Ministry no longer issues temporary border crossing cards, which currently 1.3 million Venezuelans use to buy food and medicines in border cities like Cucuta. Only those with already issued cards and passports can enter the country.

Since acquiring passports from the government in Venezuela takes months, these measures may exasperate problems with migrants choosing to illegally cross the border. Illegal armed forces profit by trafficking migrants illegally across the border.

Migrants who can’t afford buses to Colombia’s major cities are trapped in border cities like Cucuta, increasing tension between Colombian citizens and migrants. Colombian citizens in Cucuta have protested against migrants living in public spaces.

“We will continue to argue for the return of democracy and respect of human rights in Venezuela, as well as for peaceful solutions concentrated on the situation that our neighbors live with,” Santos added at the event.

The international community has repeatedly called Venezuela a dictatorship under its President Nicolas Maduro. Colombia and other allied countries have stated that they will not recognize fraudulent elections to be held in Venezuela in late April.