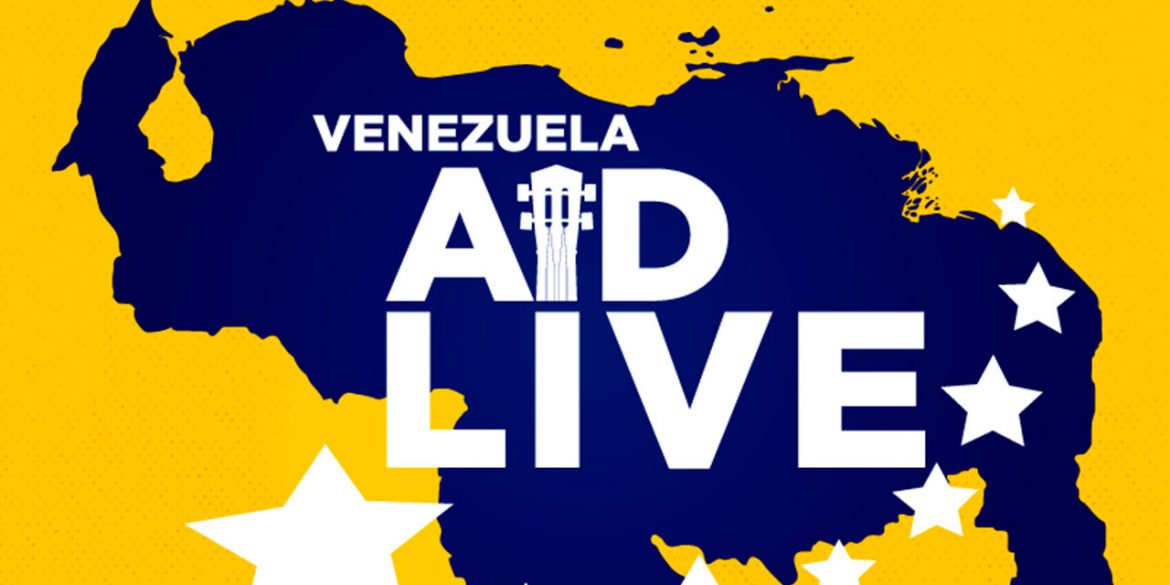 A concert in northeast Colombia to raise funds for neighboring Venezuela is causing controversy amid claims that it is part of a US-led political effort to force regime change in Venezuela.

‘Venezuela Live Aid,’ which is organized by billionaire Richard Branson to collect funds for Colombia’s crisis-struck neighbor triggered Venezuelan President Nicolas Maduro to announce a rival concert on the other side of the border of Cucuta, to be held on the same weekend.

This is not a political statement and the US is not involved in any aspect of this.

Branson’s event, which was requested by the Venezuelan opposition, aims to raise $100 million in donations from online viewers, to be put towards food and medical aid for Venezuelans suffering widespread shortages of basic goods and ongoing hyperinflation.

Confirmed performers include Luis Fonsi and Maluma. The concert is being held near border city Cucuta that has received hundreds of thousands of Venezuelan refugees in recent months.

These rival concerts are the latest, and perhaps weirdest, chapter in Venezuela’s internal power struggle between Maduro and National Assembly president Juan Guaido, who declared himself interim president in January and has since been recognized as the country’s interim leader by the US, Colombia and dozens of other countries.

Humanitarian action needs to be independent of political, military or other objectives.

Maduro denies that there is a crisis, and claims that he has paid for aid from Russia, 300 tonnes of which will apparently arrive imminently, as well as aid from China and Turkey.

Maduro refuses to receive US-funded aid, claiming it is part of a plot by US President Donald Trump to invade the country.

Venezuelan Vice President Delcy Rodriguez has even claimed the aid has been intentionally contaminated with carcinogens.

They want to enslave us. That’s the truth.”

These rival concerts and rival aid sources form part of an internal power struggle in Venezuela, in which Maduro retains military backing and alliances with countries like Russia and China, and Guiado has the support of almost the entire western hemisphere and Europe.

Other criticisms include a bizarre contribution from Pink-Floyd-bassist-turned-international-commentator Roger Waters.

A note from Roger:The Red Cross and the UN, unequivocally agree, don’t politicize aid. Leave the Venezuelan people alone to exercise their legal right to self-determination.

The rock star said the relief effort was simply a puppet to the USA’s promoting a false image of Venezuela to justify regime change. “It has nothing to do with humanitarian aid at all,” Waters said, stating that there is “no mayhem, no murder, no apparent dictatorship” in Venezuela.

Venezuela’s humanitarian crisis is well-documented, with millions having fled the country and the homicide rate among the highest in the world, even according to government statistics.

Branson says that he is organizing the concert after a direct request from Guiado and another opposition leader, Leopoldo Lopez, raising questions about the political neutrality of the exercise.

They have asked us to help organize a beautiful concert, to help bring global attention to this unacceptable and preventable crisis.”

Money raised will be transferred to the Colombian NGO Solidaridad Por Colombia, which will hold it in a trust before working with aid experts to distribute it – exact plans remain unclear.

The organizing team is committed to an approach that is professional, unbureaucratic, efficient, transparent, and accountable.”

The concert organizers say they also aim to “reopen Venezuela’s border so humanitarian aid can finally reach those who need it the most.”

This would include the American aid that is currently being held in US military vehicles.

Maduro has lashed out against Trump for trying to “force” aid on Venezuela, claiming that the country neither wants nor needs it.

Guaido himself has announced plans to bring aid into Venezuela on Saturday from various neighboring countries, including Colombia. The self-proclaimed interim president has said he plans to get aid into the country on February 23, by urging Venezuelans to mobilize form “caravans” and a “humanitarian avalanche” at the borders.

Trump has said that all options, including military intervention, are on the table. Maduro has consistently said that any possible US intervention would be met with resistance from the Venezuelan military and has threatened to attack Colombia if US soldiers cross the border.

Branson’s own net worth is estimated by Forbes at $4.1 billion – 410 times what he aims to raise.

Let the music inspire and mobilize you. United through music, we can make a huge difference and help bring an end to the needless suffering of millions.”