US to support Colombia’s military transition toward peace

President Juan Manuel Santos said after a meeting with the United States defense secretary on Friday that Washington has promised to support the transition of Colombia’s armed forces in an eventual peace agreement with the FARC, according to local media.

According to El Espectador newspaper, the conversation was a continuation of the phone conversation Santos had with U.S. President Barack Obama on Wednesday.

A picture of the meeting was tweeted by the Colombian president on Friday, explaining that Hagel had reiterated U.S. support for the peace talks and post-conflict Colombia:

“We all know the [transition of the armed forces] is going to be as, if not more, difficult than peace process. The role of the armed forces is fundamental, that transition into a normal country is one where the U.S. is already helping us. They have experience, much knowledge, and they can help us in a very constructive way,” Santos said.

The U.S. Department of Defense also published several tweets about the meeting, including a picture of the meeting he had with his Colombian counterpart:

The Colombian president said that he and Hagel also discussed Colombia eventual contribution to the peace process at the “global level,” referencing the recent announcement that the country will send troops to UN peace-keeping missions in the upcoming years. 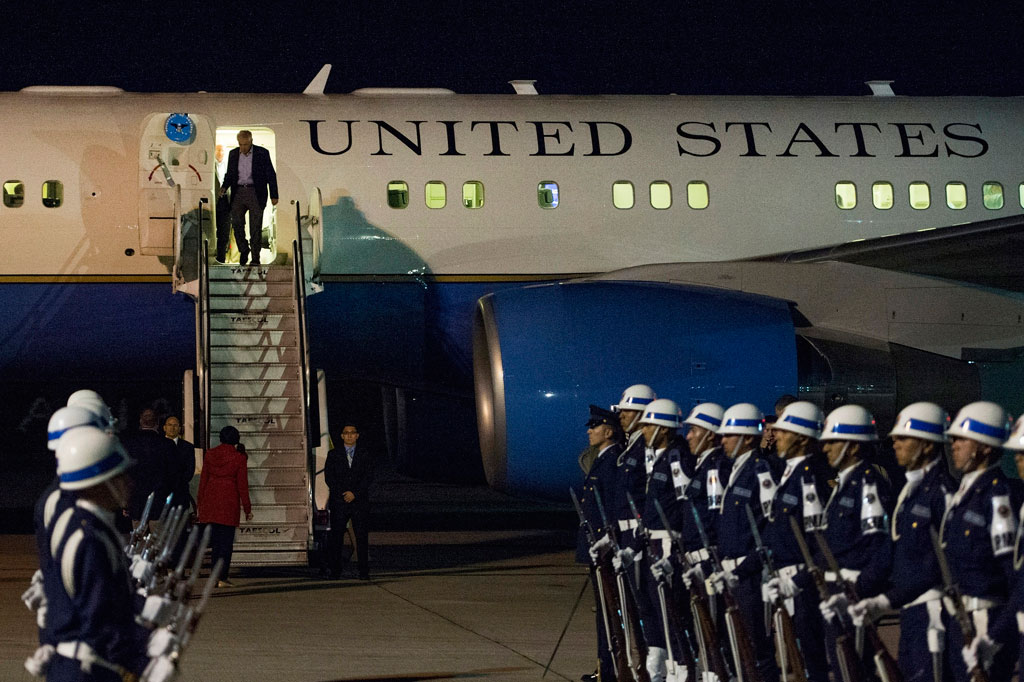 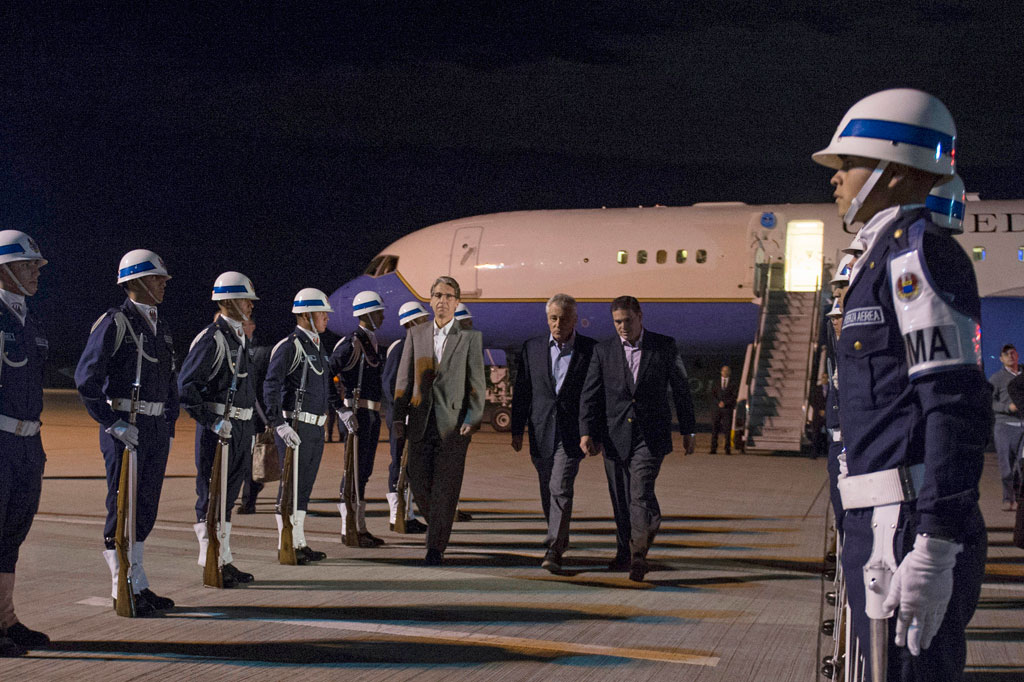 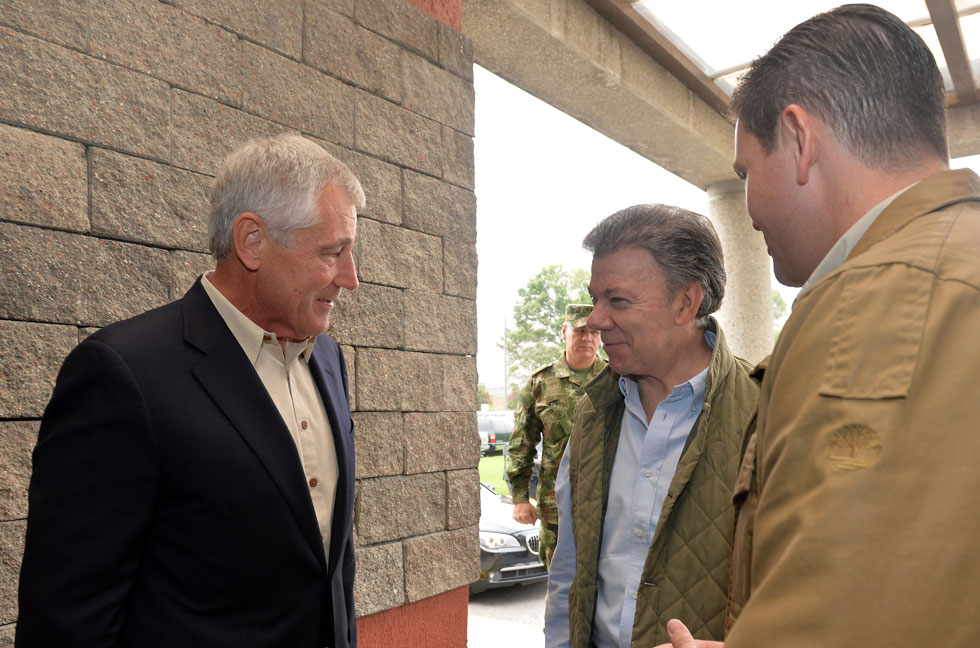 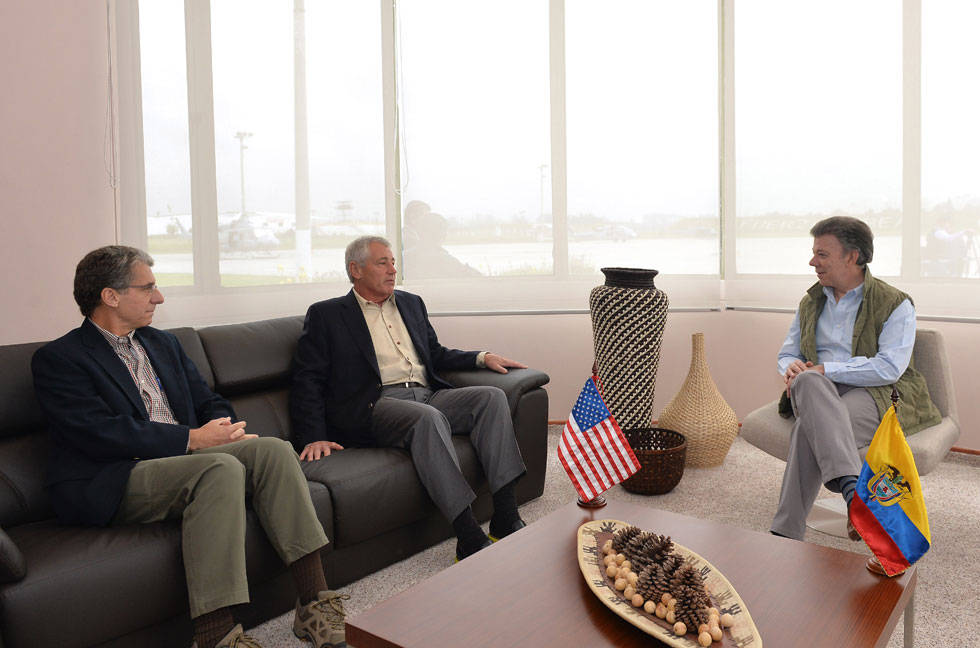 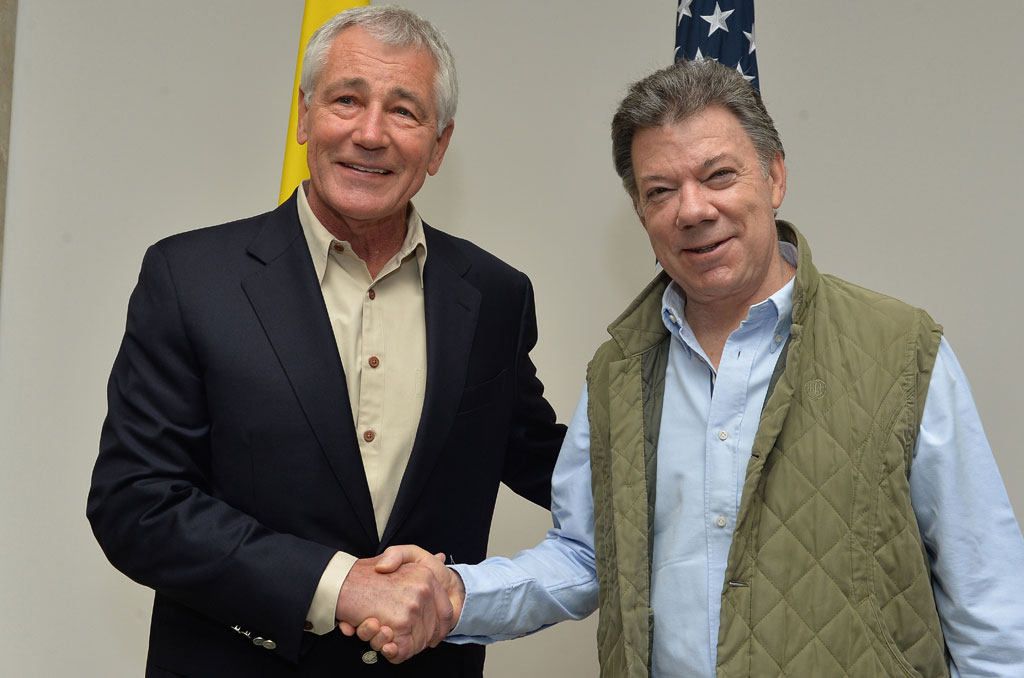 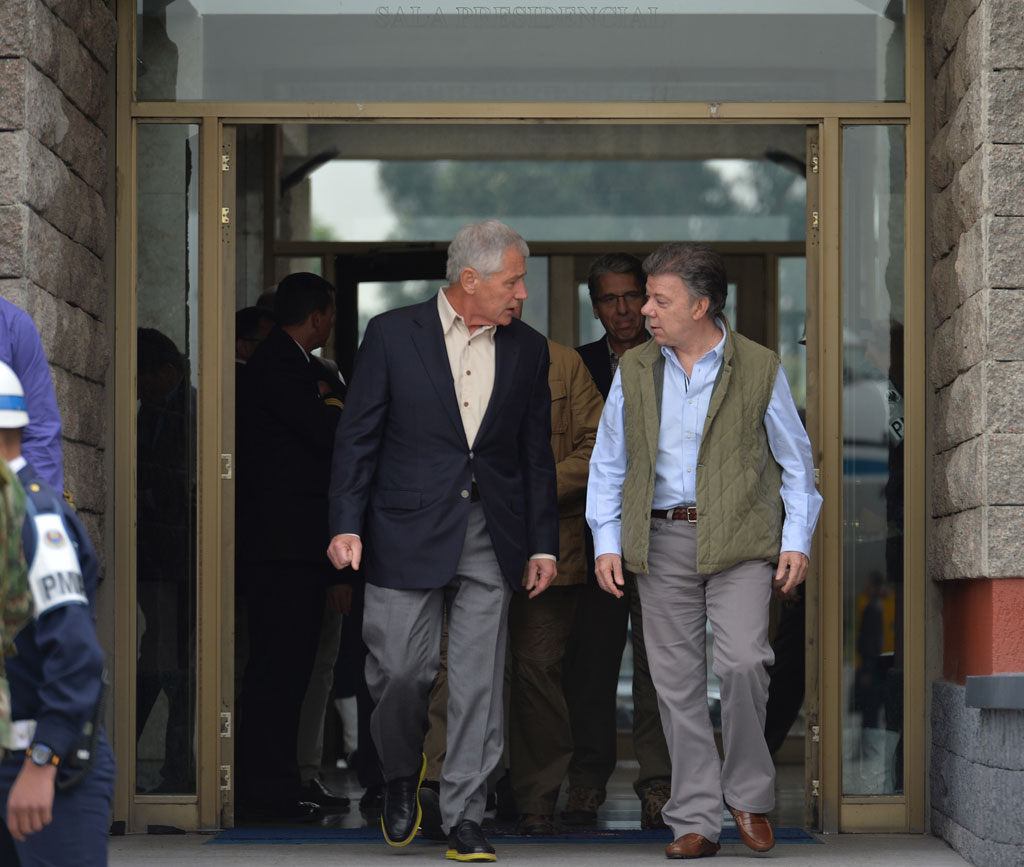 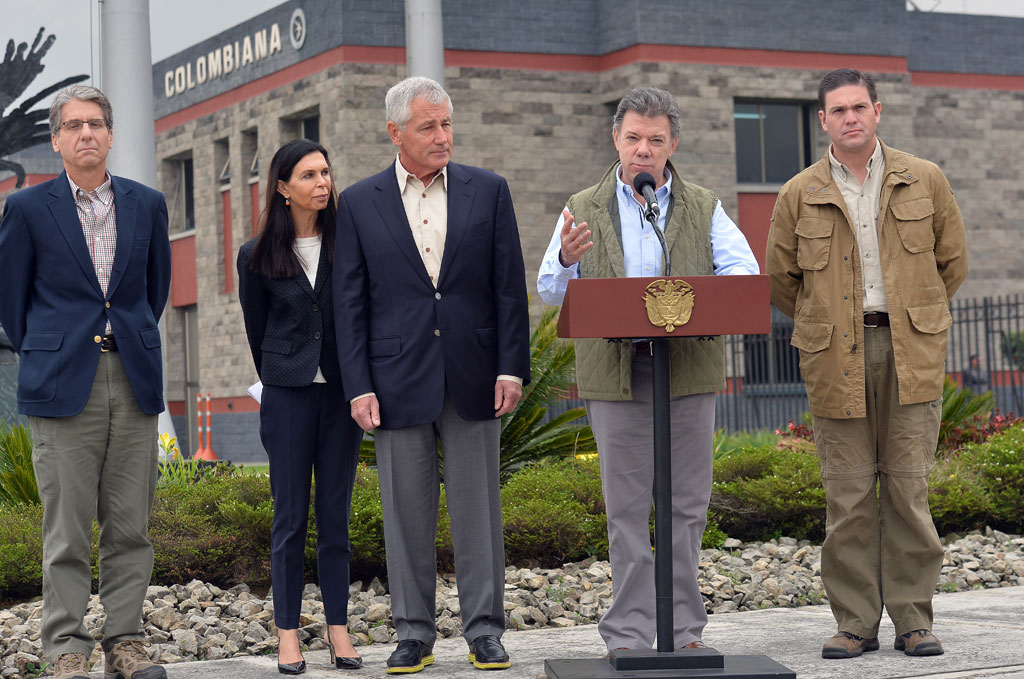