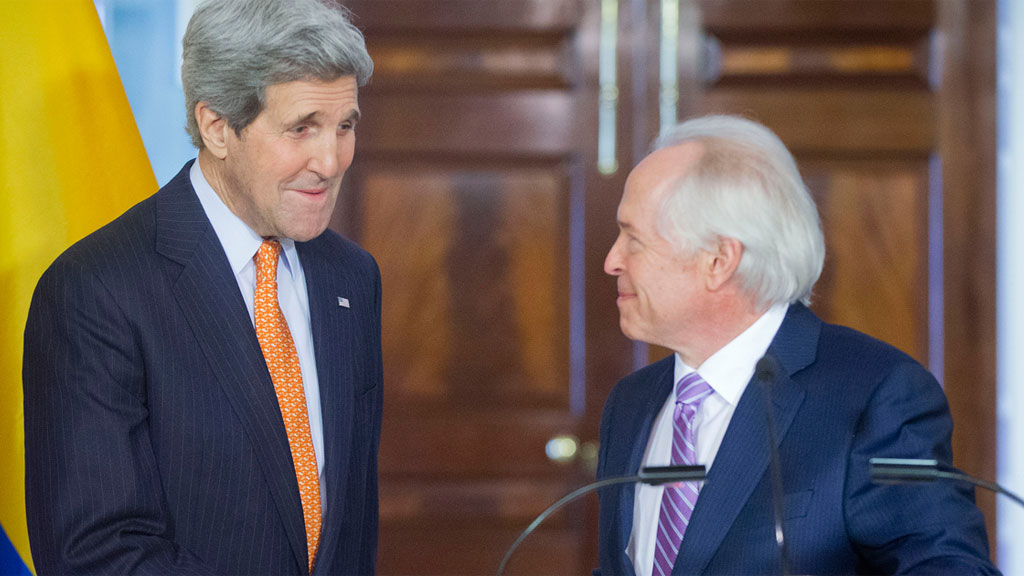 The United States moved on Friday to play a more direct role in Colombia’s peace talks, naming Bernard “Bernie” Aronson, a former US assistant secretary of state for Inter-American Affairs, as a special envoy to the process.

“After careful consideration, President [Barack] Obama has come to the conclusion that while significant obstacles remain, a negotiated peace in Colombia is absolutely worth pursuing and absolutely worth assisting if we are able to,” Secretary of State John Kerry told reporters.

As a close ally of Colombia, the United States has “responsibility to do what it can in order to help Colombia to achieve that peace,” Kerry said.

Colombian President Juan Manuel Santos requested a more direct US role in ending the five-decade-long war during Kerry’s visit to Bogota in December.

“We are grateful to President Obama and his government for this new gesture and the support that they have given us in this decisive moment to end the Western Hemisphere’s last armed conflict,” Santos said in a statement.

Santos’ government has been negotiating with Marxist rebels from the Revolutionary Armed Forces of Colombia (FARC) to resolve the conflict, which has killed more than 220,000 people and displaced millions.

In November, Santos warned that the peace process could backslide unless an agreement could be reached in 2015.

Peace talks have been held in Cuba. That country and the United States recently began a historic effort to restore diplomatic relations after more than 50 years of hostilities.

Negotiators at the Colombia peace talks have so far reached partial accords on political participation for ex-rebels, land reform and an end to the illegal drug trade. They are currently tackling the thorny issues of victim reparations and demobilization.

Kerry cautioned that the Colombian talks would be tough. “There are reasons this has gone on for years and years,” he said. “If it was easy, it would’ve been done already.”

Aronson, who was involved in peace efforts in Nicaragua and El Salvador, said both Santos’ government and the FARC had made progress, but tough issues had been left to the end.

“Now the parties must resolve them because windows for peace can close without warning and sometimes never reopen,” Aronson said in brief comments. “The Colombian people are ready for peace.”