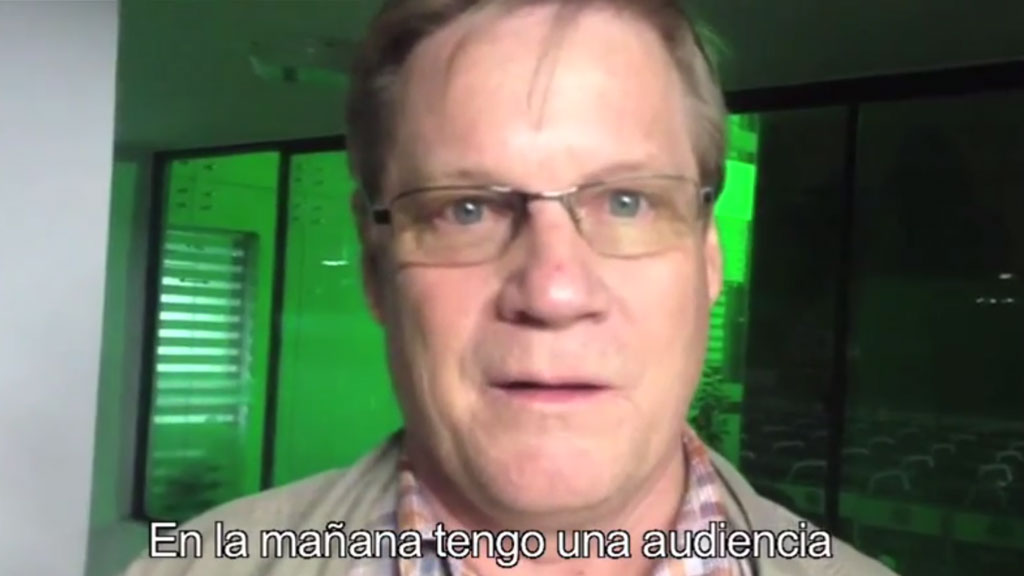 US Missionary accused of collaborating with FARC released

A US missionary, who was detained on Wednesday for alleged collaboration with Colombia’s main leftist rebel group, has been released after a judge ruled there was not enough evidence to merit a criminal investigation.

The court on Thursday rejected the request made by prosecutors for the jailing of US missionary Martin Stendal, ruling the evidence was not strong enough to warrant detention.

Stendal, a 59-year old native of Minnesota, surrendered on Wednesday night to face an arrest warrant charging him with supporting terrorism and collaborating with the 53rd Front of the rebel group FARC.

The prosecutor alleged that Stendal, who lives in Colombia, traveled to Cuba and Panama as a messenger for the guerrillas.

US Missionary Arrested In Colombia For Ties To FARC

Stendal has said in defense that he had been set up and that his trips into the rebel territory were solely to distribute Bibles and radios for ministering.

“Somebody set a trap for me, and I walked into it,” he said. “There was a secret order out for my arrest.”

The allegations were initially made by FARC rebel Dumar Yepes Hurtado, alias “Samuel Carrillo” who argued that “Stendal brought everything to the station: computers, transmitters, everything for the Ivory Stereo station in Puerto Lleras, and he also prepared speeches for the guerrillas.”

David Witt, head of Spirit of Martyrdom ministries, which has funded Stendal’s work, said the preacher has routinely taken great risks for years.

“We like to describe him as the Christian Indiana Jones. He risks his life on a daily basis for the help of the Colombian people,” Witt said by phone.

The Colombian prosecutor Carlos Manuel Silva accused Stendal of “a starring role” in a “terrorist support network whose work consisted in setting up portable radio stations that were used to spread terrorist propaganda.”

Silva has said that 17 other members of the network also have also been arrested for collaborating with the FARC.

On the announcement of his freedom, Stendals daughter commented saying that that “my dad loves this country. Today he is free to continue working for peace.”

By his own account, Stendal has been abducted by rebels five times and right-wing paramilitaries three times and was once previously jailed by the government. The longest Stendal was held was five months by rebels in 1983, Witt said.