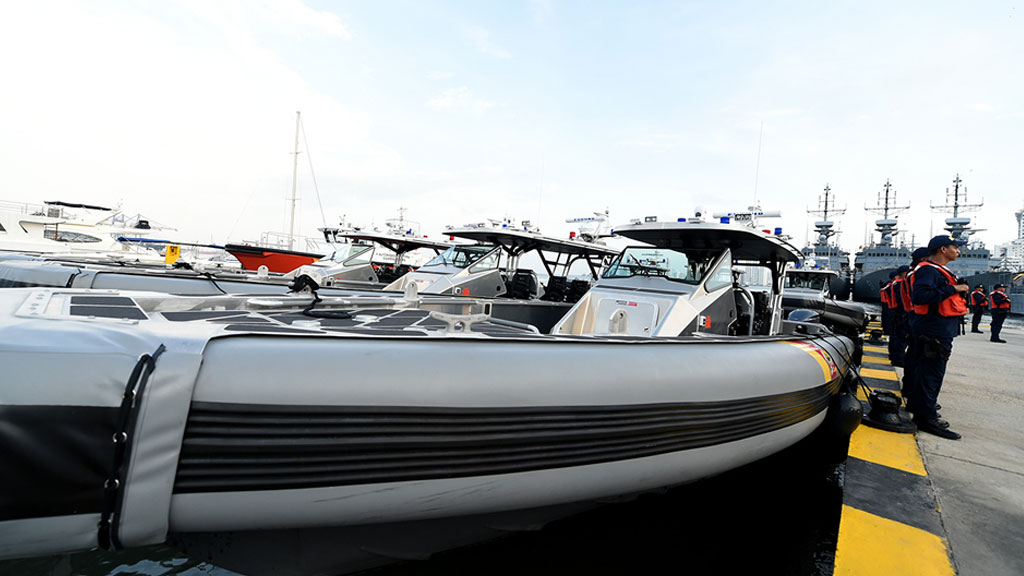 US donates 6 boats to Colombia navy to curb drug trafficking

“These boats are an addition to defeat crime and drug trafficking in Colombia. That is our principal objective with our ally the United States,” said Colombian Defense Minister Juan Carlos Pinzon when receiving the vessels from the US’ Bureau of International Narcotics and Law Enforcement Affairs.

“The United States is our partner that has inserted resources and permanent support in this fight. For this reason we today received these boats, that increase our ability to seize tons of cocaine from drug trafficking,” Pinzon added.

The vessels are the first six of a total of 10 donated by the US.

Besides boats, the INL is also giving radios and ongoing training. For this training, the International School of Coast Guard and the International Maritime Analysis Center against Drug Trafficking (CIMCON) will soon be inaugurated. The remaining four boats will be assigned to perform interdiction operations in the Colombian Pacific.

The interception boat, a rapid reaction units type Apostle 410 T-Tops, is 41 feet long, and a high-performance unit in the sea that incorporates technologies with an efficient high speed / fuel consumption ratio.

The units are designed with a special hull, allowing for sharper turns and higher speeds, which is ideal when performing maritime interdiction operations.